The “Big 15” of Galápagos Wildlife

The Galápagos Islands are known the world over as a hotspot for studying biodiversity, thanks to the specialized and highly adapted organisms that thrive here. Educators can build programs for their students around a variety of subjects and interests, from a general natural history course to more specialized programs centering on topics such as geology, speciation, marine sciences, or issues of conservation.

This list of the archipelago’s must-see "Big 15" wildlife — inspired by Africa's Big 5 — is by no means comprehensive, but it's a great starting point for learning about the islands' fauna. See which iconic animals make the cut, and then get started on a "wish list" for your academic institution's own Galápagos wildlife safari.

These are perhaps the most recognizable animals on the Galápagos Islands. There are more than a dozen different species and subspecies, many of which specially adapted to a particular island. They are the world's largest tortoises, weighing as much as 800 pounds and growing to up to 6 feet long, and they can live to be 100 years or more. 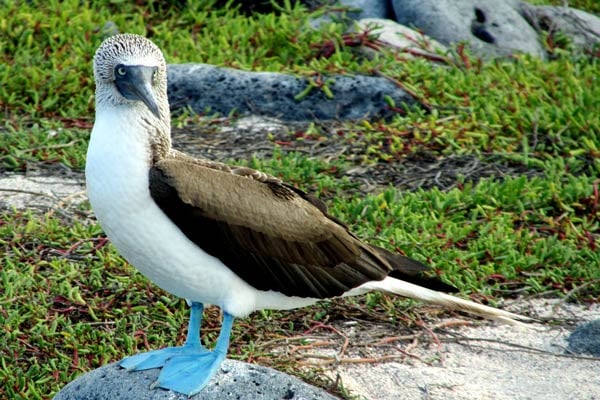 The Blue-footed Booby (Sula nebouxii) is a favorite among visitors to the islands! The bright blue color comes from pigments in the bird's fish-based diet. Males display their feet in a mating ritual by lifting them up and down in a sort of strut in front of the female. 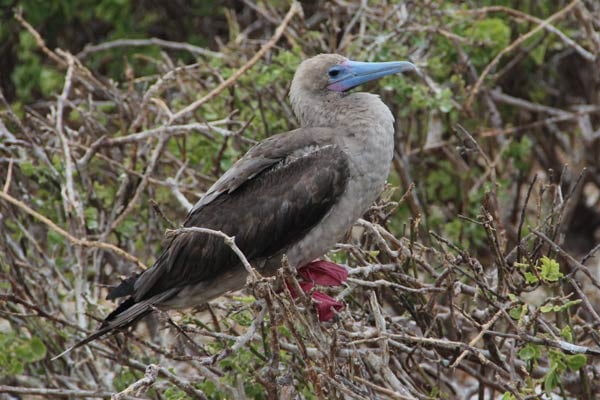 Of the three booby species in the Galápagos, the Red-footed Booby (Sula sula) is the smallest. In addition to its bright red feet, it has a colorful light blue and pink beak. They're found throughout the islands but are easiest to see on Genovesa and San Cristóbal, where they nest. 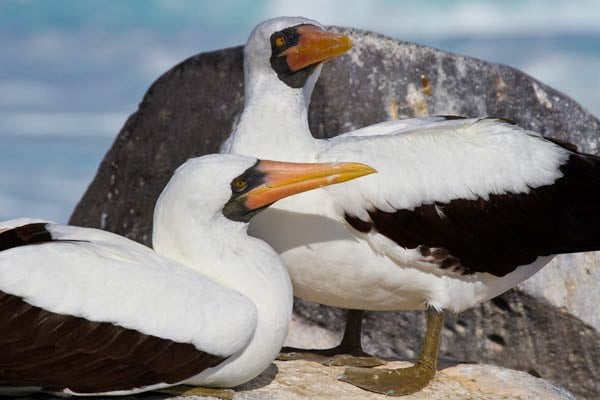 Formerly considered a subspecies of the Masked Booby, the Nazca Booby (Sula granti) can be seen on most of the islands, but its main colonies are on Genovesa, Española, and Floreana. 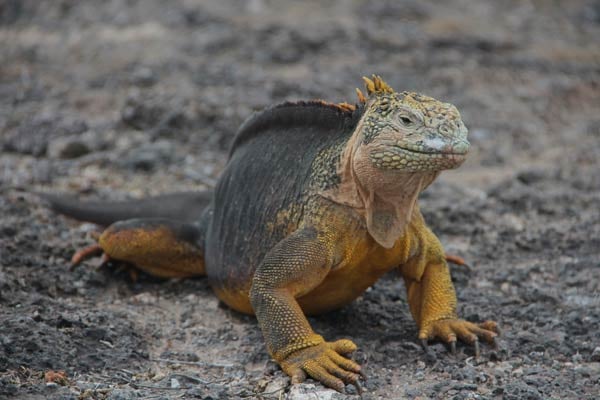 The Galapagos land iguana (Conolophus subcristatus) can be found on most of the islands and is the most widely distributed of the archipelago's several terrestrial iguana species. They spend most of their time absorbing sunshine on volcanic rocks or feeding on the prickly-pear cactus, which makes up 80% of its diet. 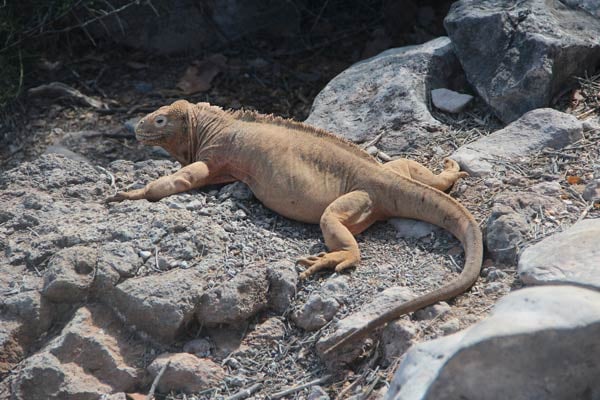 Found only on Santa Fe Island, this iguana species (Conolophus pallidus) has a paler yellow color and longer snout than its more widespread relative. They also have a symbiotic relationship with the island's finches and mockingbirds, which eat ticks and other parasites from their scales. 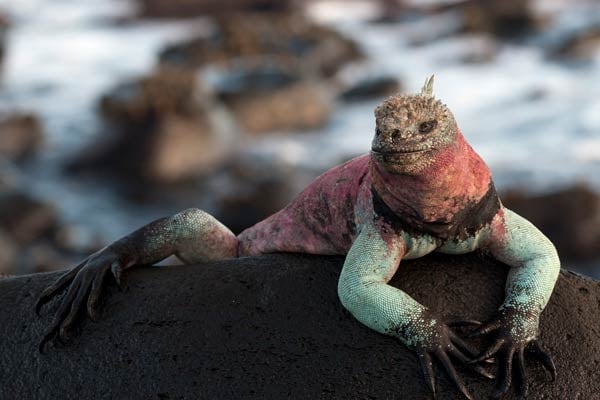 The marine iguana (Amblyrhynchus cristatus) is the only marine lizard in the world. They can spend up to an hour in the water, where they feed on marine algae. The specimens on Española Island in particular are known for their bright red-and-green coloration during breeding season. 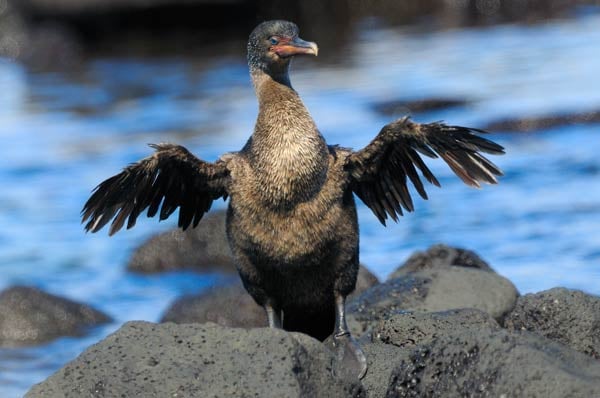 The Flightless Cormorant (Phalacrocorax harrisi) is an excellent example of the islands' specially adapted species; the cormorant has few predators and over time has lost its ability to fly. Look for these birds on Fernandina and the west coast of Isabela Island. 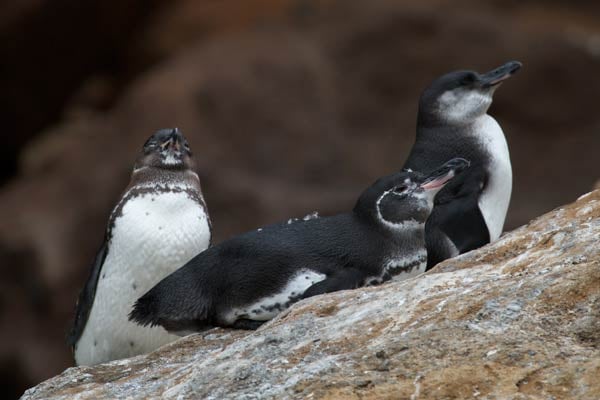 There are 17 species of penguins in the world, but the Galápagos Penguin (Spheniscus mendiculus) is the only one that lives as far north as the equator. Fewer than 2,000 individuals live in the wild; your best chances for seeing them are on Isabela and Fernandina, though they can also sometimes be observed on Santiago, Bartolomé, and Floreana. 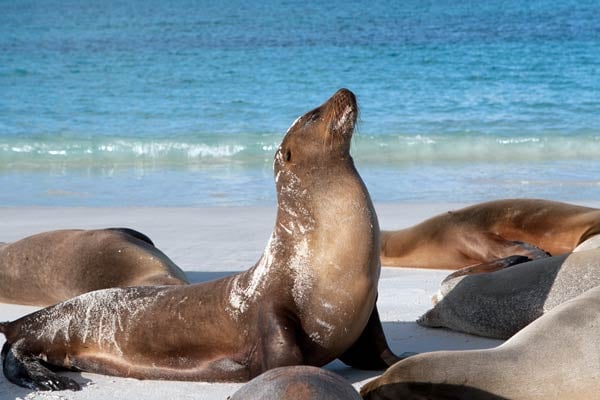 The Galápagos sea lion (Zalophus wollebaeki) is prevalent throughout the islands; it's commonly seen swimming and splashing in the water or basking on shore. Long considered a subspecies of the California sea lion, it is now recognized as its own species and is the smallest of all sea lions. 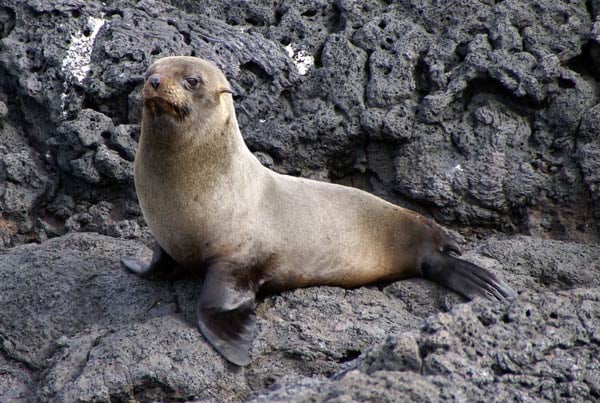 Galápagos fur seals (Arctocephalus galapagoensis) are less ubiquitous than their sea lion cousins and tend to prefer rocky coastlines. They can be distinguished by their stouter, more pointed snouts, their thicker coats, and their more pronounced ears. 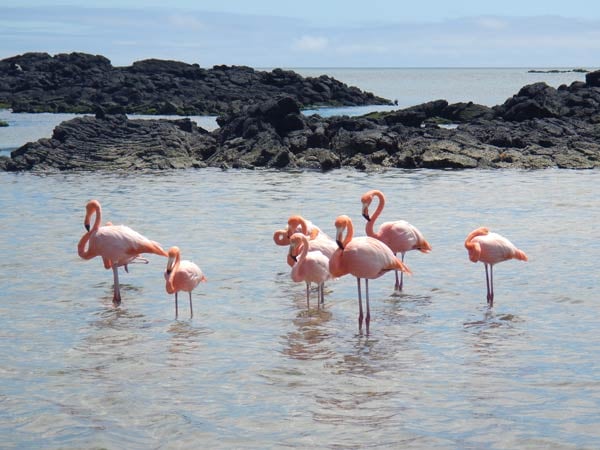 Members of the Galápagos population of the American Flamingo (Phoenicopterus ruber) are smaller than their counterparts in the Caribbean and lay smaller eggs. During their nesting period from March to July, they can be seen congregating in various lagoons, especially on Floreana and Isabela Islands.

The Galápagos Hawk (Buteo galapagoensis) is the largest endemic bird of prey in the islands and is closely related to North America’s Red-backed and White-tailed Hawks. They feed mainly on large insects, small lava lizards, snakes, and rodents, as well as hatchling turtles and iguanas. 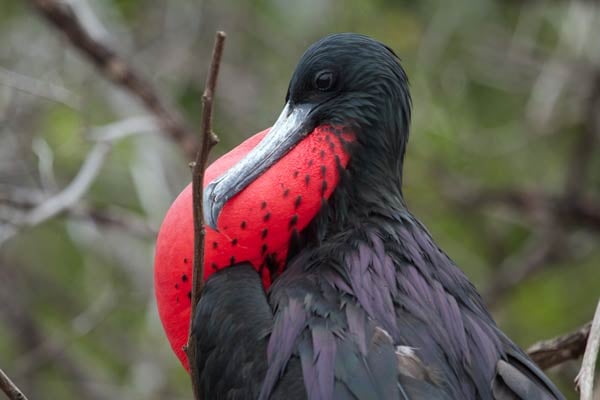 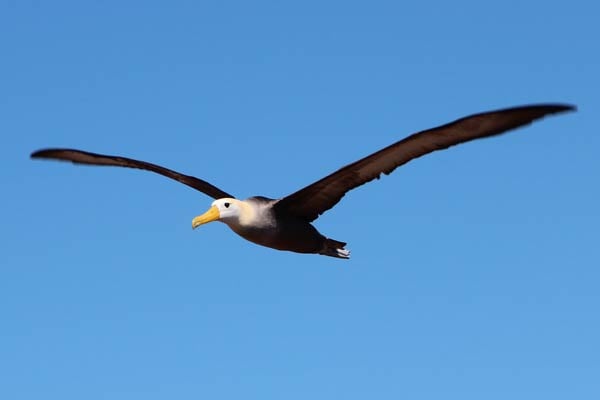 The Waved Albatross (Phoebastria irrorata) has the largest wingspan of any bird in the Galápagos. It is not endemic to the archipelago, but is more easily seen on Española Island—where it breeds from April to December—than anywhere else. Its elaborate courtship dance includes bill circling, beak clacking, and head nodding.