Sound familiar? How does a science teacher accustomed to taking students on experiential trips to the natural world adjust to the confinement of a virtual classroom? What was it about travel that helped shape students’ world views? Holbrook connected with David Knight, a science teacher for the last 30 years, for his personal perspective on how he’s managed in the time of the pandemic.

David has been teaching at University High School in Irvine, California, since 1990 — his first and only teaching position. He has taught all levels of life science, from remedial biology to AP Biology and everything in between.

For the past 15 years, he has been taking groups of AP Biology students outside the United States to see and experience the natural world first-hand. Trips have included tropical rainforest and coral reef systems, plants and animal diversity, and geology as well as many different cultures and customs in countries like Belize, Costa Rica, Peru, Ecuador, Honduras, Guatemala, and Iceland.

His former students have told him how the experiences played an integral part of their high school experience, giving them opportunities to challenge themselves physically and mentally, as well as a great appreciation for the world in which we live. 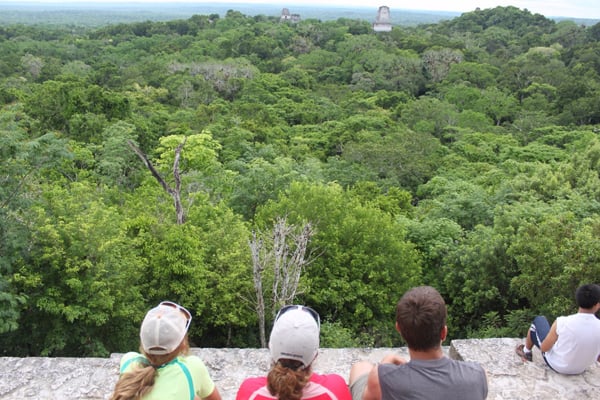 Q: How did you decide to become a science teacher?

When I was in high school, I always thought biology was interesting and my teacher was this cool guy.

Then in college I became a biology major and fell in love with the subject. Looking at potential career paths, going to medical school just wasn't something that I wanted to do. So the idea of teaching and being with high school kids resonated with me as I thought it would be sort of a fun career path.

I finished my degree in biology, earned my teaching credentials in Oregon, then my wife and I moved down to California. I started teaching in 1990, so I guess that means this is my 31st year of teaching. I’ve taught at the same high school for my entire career. I teach with 15 other science teachers that are great friends. I feel very blessed to have landed where I’m at in Irvine but also with the people that I work with.

Q: When did international travel become part of your program?

It was one year after I was teaching an AP Biology class. I was talking about Charles Darwin and showing pictures and the kids said we should go on a trip. I didn't want to take these kids across the street, let alone across a border! But then I started looking into it and through a listserv run by the College Board I talked to people who had traveled to other places. I investigated different companies and wanted a company that had more of a natural science emphasis. I also wanted kids to be able to do whitewater rafting, horseback riding, and zip line. That's how I ended up talking to Debbie [at Holbrook]. The first trip that we did was to Costa Rica in 1998. We had such a great time I was hooked! I'd done 15 consecutive summers trips until this past year.

Q: In a year where you were prevented from taking your students into the field, how did you bring the world into your classroom?

Honestly it's been very difficult. I only see kids one time in person, once a week, so it's been very challenging this year. I’ve never seen kids so distant from one another and so kind of socially and emotionally challenged.

I’m trying to do whatever I can to make them feel like they're having a normal school experience, so I’m not lecturing to them. We're doing plenty of activities and we’re doing labs. So they're talking, interacting with each other on Zoom calls. I’ve been trying to make their 90 minutes that they have with me something that they look forward to each week by giving them experiences that they're not going to be able to get through a virtual environment.

Q: What would be an example of that?

I bring some of my travel experiences into the classroom. When we were talking about photosynthesis, I have hundreds of pictures of plants from my travels that I can use as an example of some unique adaptation that an organism has to their environment. So I infuse as much as I can from my trips into my lectures.

I try to make them more personalized, because they'll see pictures of me and maybe their brothers and sisters that went on trips, which is sort of funny. Whatever I can do to try to get them engaged with one another. 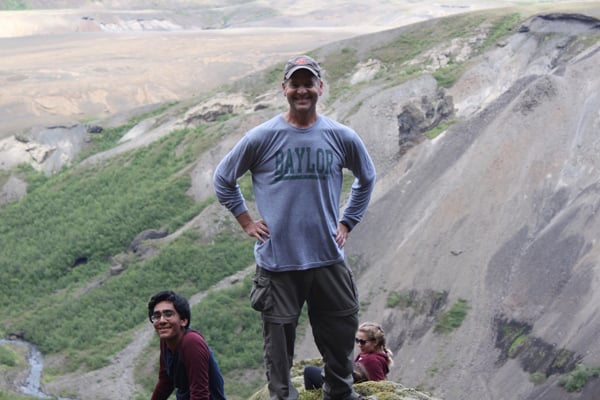 Q: Were there any positives about teaching biology virtually (for most of the past year)?

You mean besides being able to teach in my pajamas? In seriousness, I think one of the things that it's done is it's helped me become much more flexible in terms of how I teach and what I think is valuable.

From my perspective, I feel like kids now appreciate the personal side of teaching more. There's nothing like being in front of a class, and even this year with masks on it's hard for kids to show excitement and emotion, just because all I see is eyes, right? I don't see their facial expression.

So I think it's given me just a better appreciation of that personal connection that's necessary in education. Teachers have to be that way. I mean, if you're going to be a good teacher, you have to be passionate and love kids. I don't know if it sounds corny, but if you show respect and concern and care for kids, you can get them to do almost anything, because they want to, and if you don't have a connection with kids, it's really, really hard to inspire them. 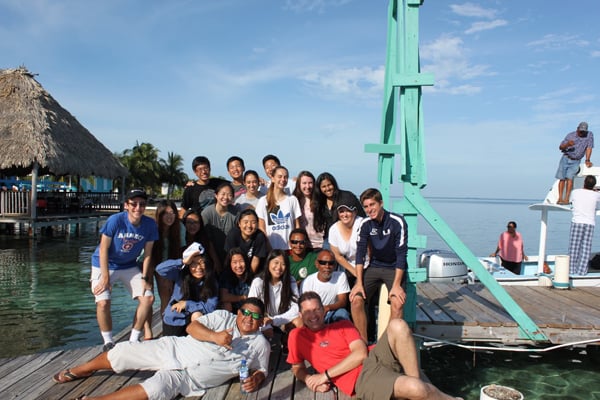