Webinar Highlights | Pioneers of the Galápagos: The Wittmers

Travel planners who are considering the Galápagos Islands for their future travel offerings will find a destination known for its endemic wildlife, dramatic landscapes, and fascinating human history. Part of that history includes the first permanent settlers who arrived to the islands in the 1930s, and among those pioneering few families were the Wittmers.

Our recent webinar with two of their descendants, special guests Enrique Wittmer and Eduardo Mahauad, put a spotlight on the family's story, the natural history of the archipelago, and the importance of conservation. In case you missed the webinar, we’ve recapped some of the highlights for you here. 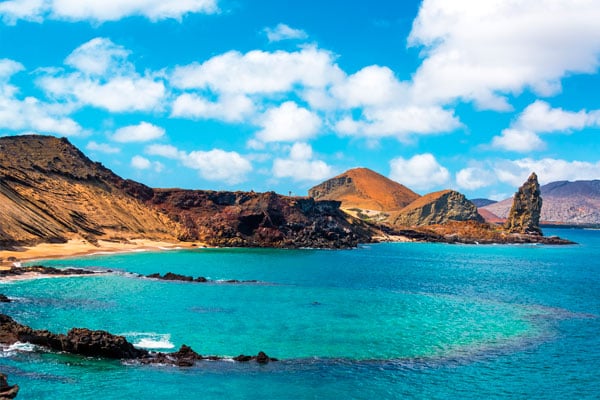 The Galápagos Islands were first discovered in 1535 by Spanish bishop Thomas de Berlanga. They were named for the giant tortoises that resembled the galapago, a type of freshwater European turtle. Early on, the Spanish saw the islands as having little value, and pirates, buccaneers, and whalers used the Galápagos as a safe haven to re-stock supplies, especially food. Ecuador became an independent republic in 1830, and two years later, the Galápagos were incorporated as part of Ecuador. In 1835, Charles Darwin famously spent five weeks here during the second voyage of the HMS Beagle, inspiring his theory of natural selection. Today, four of the archipelago’s 127 islands, islets and rocks are inhabited.

Thanks to their volcanic origins, geographic isolation, and location at the conjunction of several marine currents, the “Enchanted Islands” have given rise to high levels of speciation, unusual geological formations, and unique weather microclimates. Here, life not only grows, but it thrives, giving rise to endemic species like the Flightless Cormorant, Galápagos Penguin, marine iguana, several species of land iguanas, and several species and subspecies of Galápagos Mockingbird—Darwin’s muse. 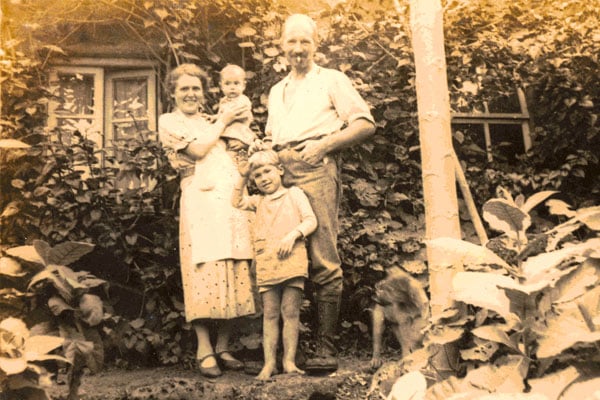 History of the Wittmer Family

In 1932, Margret and Heinz Wittmer left Germany in search of a new home and arrived to Floreana Island following in the footsteps of another family. Their early history was documented in the 2013 film “The Galapagos Affair: Satan Came to Eden.” The couple settled in the Floreana highlands, naming the area Asilo de la Paz (Asylum of Peace). A few months later, their son Rolf was born, becoming the first documented person to be born in the islands.

During World War II, the Galápagos served as a training base for U.S. soldiers and a site from which to monitor the Panama Canal. The Wittmers established strong ties with the soldiers and supplied various agricultural products for the U.S. military base.

Over the years, the family hosted several important personalities, including Norwegian adventurer Thor Heyerdahl, notable for his Kon-Tiki expedition in 1947, and Austrian shark biologist Hans Hass. In 1960, Margret published her book “Floreana,” telling the Wittmers’ story and generating interest for people to visit the island.

Rolf bought his first fishing boat, Köln, in 1954, and 15 years later, built his first tourism yacht, a six-passenger sailboat that became one of the first to operate marine tourism in the islands. This set the stage for Rolf to later establish Rolf Wittmer Turismo Galapagos. Over the past 50 years, the company has taken more than 35,000 visitors to explore the islands. 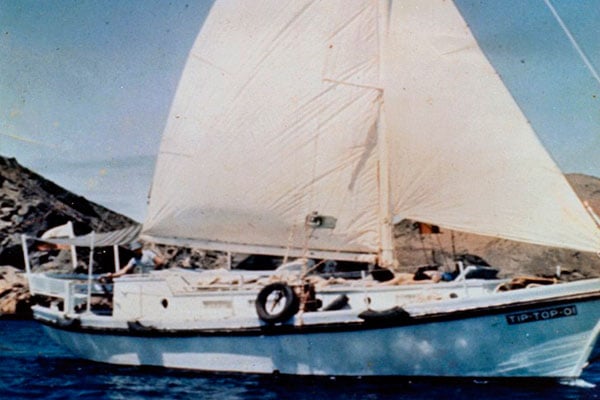 Today, the company operates three yachts—the Tip Top II, IV, and V—with capacity for 16 guests each. The company is run by Rolf Wittmer’s five adult children, including Enrique. They carry out their work with a strong sense of social and environmental responsibility, partnering closely with the national park system on environmental projects to support the protection of the islands’ ecosystems.

They also support local entrepreneurs by acquiring their products to supply the vessels. The majority of all crew members are permanent residents of the islands. Additionally, the Wittmer family runs a non-profit foundation dedicated to promoting and supporting education among the children of Floreana Island.

Holbrook’s expertise in the Galapagos

Holbrook Travel has worked with the Wittmer family for over 15 years, and its roots in the Galápagos run even deeper. Prior to Holbrook’s inception, founder Giovanna Holbrook led an expedition for professors and researchers to the Galápagos Islands in 1973. Current president Andrea Holbrook first visited the islands at the age of 5, and today, the company works with organizations, academic institutions, and private groups of all kinds to design itineraries geared to many different interests.

Holbrook believes in supporting the fabric of the communities that live in the islands and that are operating in a way that helps ensure the continuity and the protection of the islands for future generations. Of the approximately 100 tourism vessels authorized to operate in the Galápagos, Holbrook works with small number of those, of which the Wittmer family is an integral part.

As you look ahead to future travel opportunities for your organization or institution, now is the perfect time to start planning a Galápagos expedition. The Galápagos Islands are a relatively safe destination, with biosecurity controls in place and optimal for small group sizes, making them potentially one of the best places to visit post-pandemic.

photos by Reinier Munguia and courtesy of Enrique Wittmer