Along with the Amazon rainforest, Colca Canyon, and the Nazca lines, Machu Picchu tops the list of “must-see places” for many travelers to Peru. Machu Picchu is indeed magnificent and well worth the visit, but if you’ve experienced the ruins already and are looking for something new, northern Peru offers a rewarding alternative. Recently featured in The New York Times, the region is gaining traction as a still-hidden gem for archaeology aficionados, birders, student groups, and adventurous travelers willing to go the extra mile.

In March, Holbrook’s VP of Program Development Pelin Karaca and Reservations Manager Kim Nyquist traveled to Chachapoyas province as well as the coastal towns of Chiclayo and Trujillo, exploring the Kuélap and Revash archaeological sites, Gocta waterfall, museums, pre-Columbian temples, and more. Here are some highlights and insights from their trip. 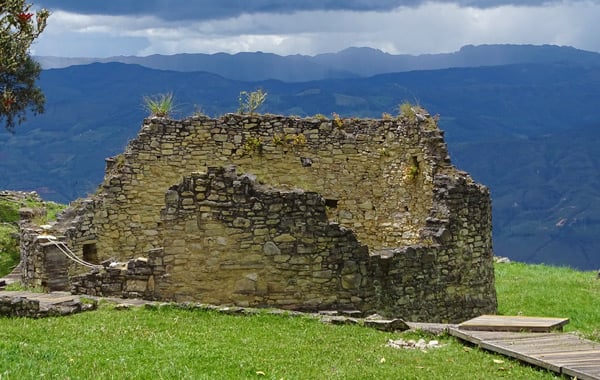 Gaining a nickname as “the Machu Picchu of the North,” the Kuélap ruins are actually a remnant of the Chachapoyas civilization, which was later conquered by the Inca. The ruins sit atop a mountain surrounded by cloud forest, making it no surprise the Chachapoyas were known as the “Warriors of the Clouds.”

“It’s more casual than Machu Picchu, and it’s more off-the-beaten path,” says Kim. “It was really pretty, because you’re right on top of the mountain, and everywhere you look you see mountains.”

The site had only 60,000 visitors in 2017, and a new $20 million cable car opened in early 2017, making it more accessible. Currently, says Kim, the visitors are mostly from Peru and neighboring countries like Ecuador and Colombia. “I think Kuélap is definitely a must-see in that region. It was my favorite part of the trip, because it was really, really impressive.” 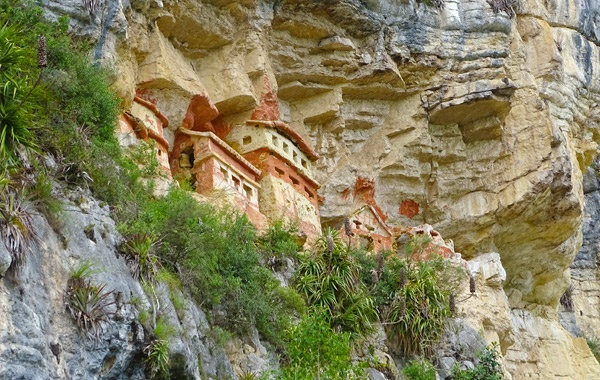 Also belonging to the Chachapoyas culture, Revash is a burial site carved high into the sheer cliff face on the side of a mountain. “Going there is not easy. This is way up in the mountain,” says Kim. “It’s really unvisited. We only saw one family there.”

But for those interested in archaeology and ancient cultures, the intricately carved and painted mausoleum ruins are worth the visit, and a new trail makes them more accessible. For those who wish not to hike, the burial site can be viewed from several lookout points partway down the mountain. 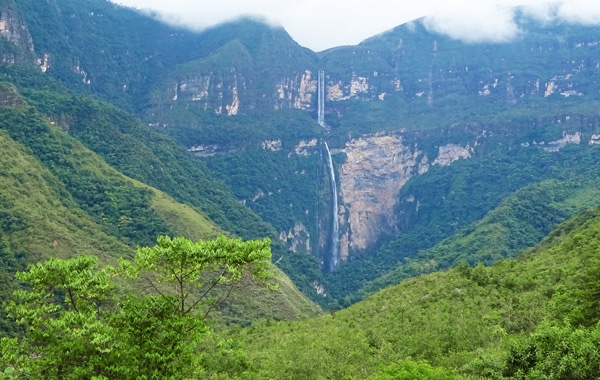 Gocta Waterfall actually consists of two separate falls that together soar 2,531 feet high, placing it among the tallest waterfalls in the world. The falls can be viewed from numerous places, and trails lead to the base of the waterfall for those who wish to make the challenging hike.

In addition to the stunning falls, birders make the pilgrimage here to see the aptly named Marvelous Spatuletail, a small hummingbird whose males flaunt long tail feathers with discs on their tips. Found only in this region of Peru, the bird uses its feathers for an impressive courtship display. White-capped Tanager, Little Woodstar, Chestnut-breasted Coronet, and Andean Cock-of-the-rock are just a few of the other highlight bird species here. 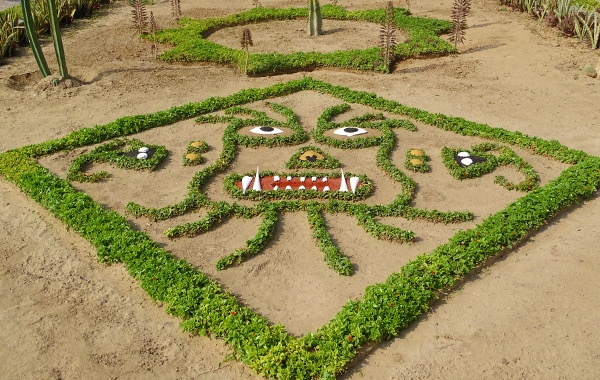 Other points of interest

Along the way, Kim and Pelin also visited the Leymebamba Museum, the Sipán Museum, the archaeological sites of Chan Chan, El Brujo, and the Temple of the Moon, and the cities of Trujillo and Chiclayo, and learned about other pre-Columbian civilizations like the Moche and Chimú.

It’s important to note that travelers should be physically fit for hikes at high altitudes. Getting to Chachapoyas requires a flight from Lima to the town of Jaén and then a four- to five-hour drive. Many roads in the region are steep and/or unpaved, and travelers should be prepared for long travel times between sites.

Overall, says Kim, the experience was challenging but rewarding, allowing her to see less-traveled parts of Peru rich in culture and nature. “If you have a really good local guide who can put things in perspective, you really will be wowed. I feel like I learned a lot.”