The African Safari is likely on the top of everyone’s bucket list. Tanzania is one of Africa’s premier safari destinations and always has been a safe and peaceful country. For travel planners, choosing the right Tanzania adventure is easy and you’ll enjoy the fun in researching.

From the slopes of Mt. Kiliminjaro, to the grassy lion-filled plains of the Serengeti, to the Maasai people of the North, Tanzania is home to not just a few, but countless natural and cultural phenomena. Planning and leading a group travel program where there are so many “must-see’s” and “must-do’s” only adds to the excitement of planning.

To help us answer some common questions about Tanzania, like: “when is the best time to travel?” and “how do I optimize the experience for participants?” we sat down with Holbrook’s in-country operations director, Lucas Mhina to get some insights on the beautiful country he calls home and the best time to travel to optimize the experience for participants. 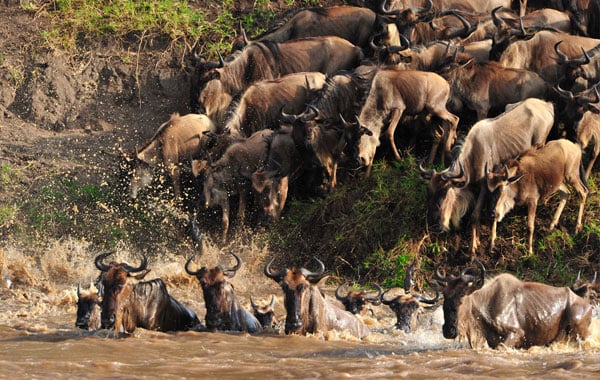 On Safari: The Great Migration

The Great Migration is arguably Tanzania’s biggest draw and with good reason. The “longest and largest land migration in the world,” states Lucas, it is truly one of nature’s most outstanding marvels.  The actual migration is about a year-long cyclical process where more than two million animals travel 500 miles from southern Serengeti to the Maasai Mara Reserve in Kenya. The migration features about 1.5 million wildebeest, 750,000 zebra and 200,000 antelope that are usually joined for some of the journey by lions, cheetahs, leopards, hyenas and other carnivores.

“People often inquire when is the best time to go and see the Migration and I answer it depends on which part you want to see,” says Lucas.  It is not a singular event, but an ongoing journey, and each part of the journey contains different events; for example calving season in February and the river crossing in July.

Breakdown of the Great Migration & Best Times to Travel 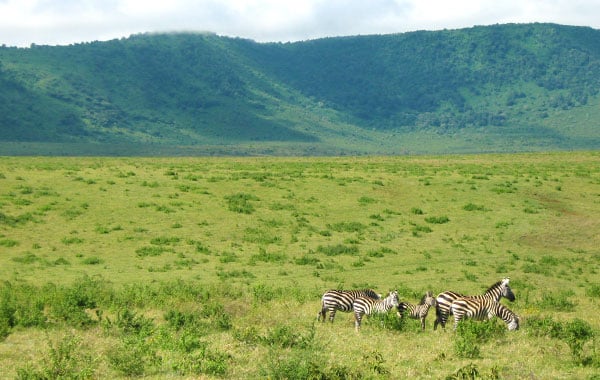 Home to over 25,000 large animals, such as wildebeest, zebras, hyenas and over 26 endangered black rhinoceros the Ngorongoro Crater is the world’s largest intact volcanic caldera.  The crater reaches 2,000 feet deep at its lowest point, stretches 12.5 miles wide and is the result of a volcanic explosion and subsequent collapse that took place some three million years ago. 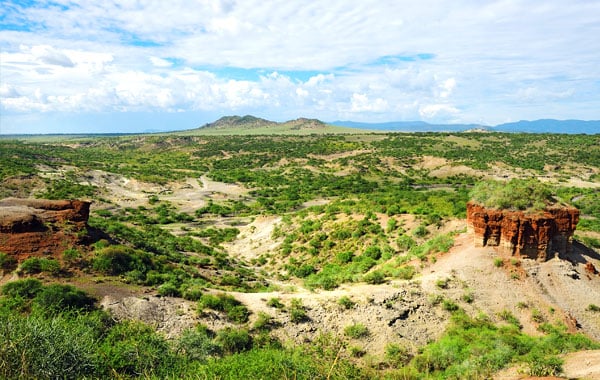 Known worldwide as the “Cradle of Civilization,” Olduvai Gorge (actually pronounced Oldu-pai according to Lucas) is the site where Louis and Mary Leakey unearthed a 1.8 million year-old fossil hominin skull of an Australopithecus boisei. The site also contains sediments interspersed with layers of lava that date back over two million years, chronicles the evolutionary history of stone-tool using ancestors, houses fossils of vertebrate fauna and shows evidence of changing environments over the past two million years. All encapsulated in a museum that pays homage to this historic site, says Lucas, Olduvai Gorge is also conveniently located en route between Ngorongoro Crater and the Serengeti, perfect for a few hours stop en route to the next location.

Year-round, with the exception of April and May, which are the rainy months

A note on safari planning

While The Great Migration and game drives through national parks, are itineraries that will pique the interests of travelers and draw in enrollments, the planning process requires research, forethought and organization in order to ensure a successful safari. Things to consider like selecting the type of safari program, choosing an operator, and working with you participants are all key elements. Todd Gustafson, founder of Gustafson Photo Safari and experienced safari leader of 20 years, notes the importance of the leader’s presence: “I’m involved every minute of every safari. If there are issues that need to be fixed, I’m there to fix them, whether it’s a safety issue, a comfort issue, or a wildlife or cultural issue.”

For a closer look at the “how-to’s” of safari planning read our article, On Safari: Taking the Mystery out of Planning an Africa Expedition. 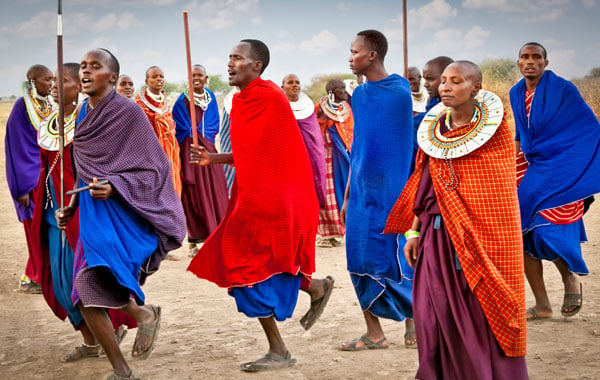 “Tanzania ranks among the most ethnically diverse countries in the world with more than 120 tribes and about one million Maasai living in Kenya and Tanzania combined,” explains Lucas. Despite an ever-advancing society, the Maasai have held to their traditional way of life, residing along the game parks of Tanzania and Kenya, living a semi-nomadic lifestyle, and holding fast to their customs centered on song and dance. As a result, the Maasai have become a symbol of Tanzanian culture. Spending time visiting one of these villages puts culture in context and provides an experience that can add richness and dimension to your group’s itinerary.

Year-round, with the exception of April and May 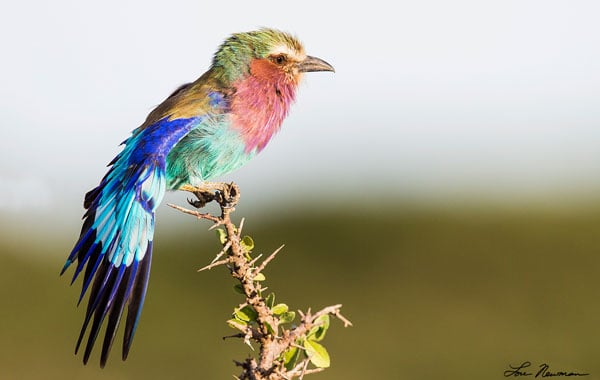 This article would not be complete, without calling attention to Tanzania’s abundant avifauna. Often overshadowed by the larger mammals that dominate the country’s landscape, the country is in fact a hidden haven for bird lovers. With over 1,000 recorded species (21 endemic to Tanzania) the second largest bird checklist in Africa, Tanzania is certainly not lacking in regards to biodiversity.

A few of our favorite hotspots include the Lake Manyara National Park, NgoroNgoro Crater and Serengeti National Park.

Lake Manyara National Park is home to 400 plus species, such as Silvery-cheeked Hornbill, Northern carmine bee-eaters and Yellow-billed Kite. NgoroNgoro Crater is also a beloved birding spot. Known for its cranes, secretary birds and ostriches, there’s potential to spot most of Africa’s largest birds in a single trip. Finally, Serengeti National Park boasts impressive numbers of bird speices, topping off at just over 500, with “must-see’s” such as Grey-breasted spurfowl, Lilac-breasted Roller and Red-billed Teal.

Best time to travel for birding…

November- April is the best time for birdwatching across nearly all locations in Tanzania. These are the winter months and many migratory species from Europe and northern Africa take up residence in the country for its warmer temperatures.