South Africa: A look beyond megadiversity

South Africa, one of the planet's 17 “megadiverse” countries, is world-famous for its impressive biodiversity and endemism of flora and fauna.  But a closer look reveals a larger story of conservation leadership, resource management, and social challenges as a result of colonial and Apartheid rule.

For travel planners, South Africa is a destination that easily allows tailoring and flexibility, plus depth of content. In the world of program design, “megadiversity” means that South Africa does not simply have one focus; rather, the country embodies a spectrum of possibilities, whether your interests are in wildlife, plant life, culture, history, conservation, or education – or all of the above. 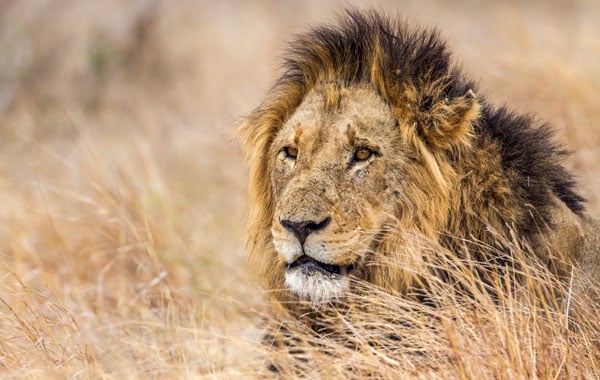 Most of South Africa’s iconic wildlife can be found within its 21 national parks, which combine to more than 15,000 square miles of protected area. With exhaustive management and development plans centered on core values of conservation, responsible tourism, and socioeconomic development, this sprawling parks infrastructure serves as a leading model across the world.

Kruger National Park is the crown jewel of South Africa’s national parks, tucked into the northeast corner of the country. One of the largest game reserves in Africa, Kruger inaugurated the parks system in 1926, and today is the best place to see “The Big Five” in South Africa. Access to Kruger is also incredibly easy. “There are private reserves and lodges all around the outskirts of the park, plus accommodation operated by the national parks service,” says Sandy Schmidt, Holbrook specialty travel consultant who first visited South Africa in 1995. “The roads are also paved throughout Kruger, and there are multiple points of entry, so it’s all very accessible for visitors.”

SANParks’ initiatives include energy efficiency programs, poaching reduction, environmental education, school partnerships, sustainable resource use, and rural development. In keeping with the vision of “connecting to society,” most of the SANParks programs are designed for the local South African public, not just targeting international tourists. 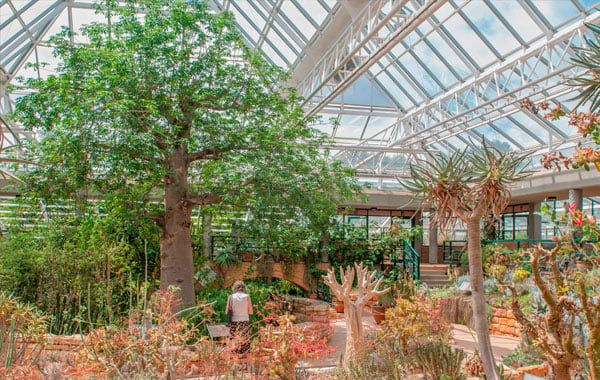 South Africa is a mecca for plant enthusiasts; the country is home to a staggering 22,000 species of plants – 13,000 of which are found nowhere else – as well as the Cape Floral Region, a UNESCO World Heritage Site and biodiversity “hotspot” of endemic and threatened plants, including unique fynbos vegetation.

Much like the wildlife and landscapes of the national parks, South Africa’s plant life is also strongly stewarded. The South African National Biodiversity Institute manages ten National Botanical Gardens across the country, with a focus on research, conservation, tourism, and translating science into policy. (The SANBI also manages the country’s national zoo.)

“Most botanical gardens are giving a presence to different ecosystems and giving them a display,” says Schmidt, who established Holbrook Travel’s International Gardens Tours in 2006. “But conservation is key. On the outside, it’s a beautiful place where you can enjoy nature, meditate, or chat among family – but behind the scenes, researchers are conducting studies, propagating tissue culture, and maintaining collections for conservation purposes.”

A gardens tour in South Africa wouldn’t be complete without a stop at the world-famous Kirstenbosch National Botanical Garden. Further inland, visitors can experience South Africa’s famous viticulture in the Cape Winelands, with opportunities to explore Stellenbosch University Botanical Gardens as well as wineries. There’s also “blooming season,” where wildflowers spring up en masse north of Cape Town, a result of annual heavy rains after a long dry season. Though the phenomenon is picture-perfect, it also offers up a discussion on resource management and climate change, as Cape Town’s water supply relies on a dependable rainy season to fill reservoirs. 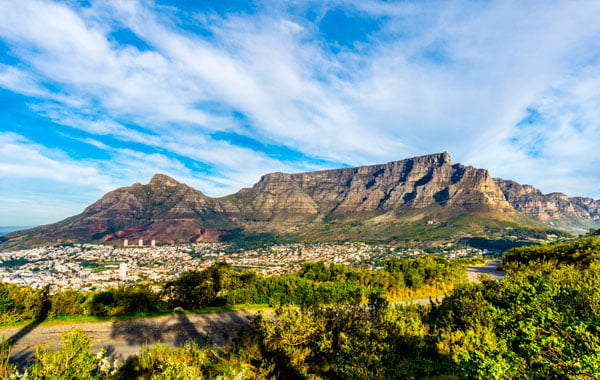 Originally dubbed “The Cape of Good Hope” by the Portuguese, Cape Town was the first European settlement in South Africa, and changed hands from the Dutch to the English due to its strategic position as a stopover on the spice trade.

Today, Cape Town is considered one of the most beautiful port cities in the world, and a popular travel destination for its diversity of highlights. Of course, Table Mountain and the surrounding floristic region boast world-class plant biodiversity, plus stunning views of the Atlantic and Indian Oceans. Along the coast, Boulders Beach and Seal Island offer a chance to see African penguins and Cape fur seals, respectively. Penguins are not the only avifauna in the area; over 125 species of birds have been recorded at Table Mountain, including Sugarbird, Sunbirds, and resident Spotted Eagle Owl. Nearby, Hermanus is home to some of the best whale watching in the world.

All of this natural life is nestled close to the city, giving visitors the opportunity to observe people, nature, and history intertwined. One important cultural site is Robben Island, barely four miles off the coast of Cape Town. Used as a prison throughout the colonial period and Apartheid, today it is a UNESCO World Heritage Site accessible by ferry, and offers tours as well as a museum. Three former inmates of Robben Island went on to become presidents of South Africa, including Nelson Mandela. 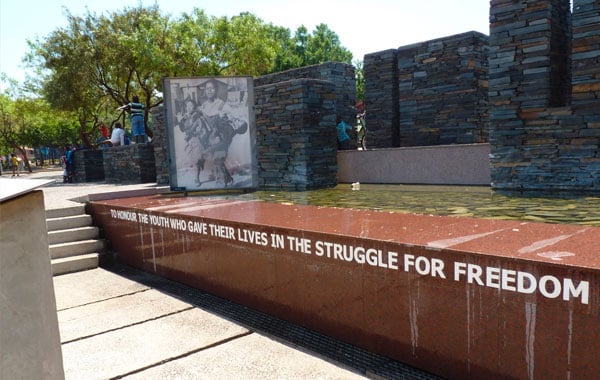 For those seeking a more in-depth exploration of South Africa’s society, the legacy of Dutch and English colonial rule followed by Apartheid is a complex issue for thoughtful discussion. Visitors can still observe the echoes of institutional segregation throughout the country, even simply through population distribution according to race. “It’s important to visit South Africa and get a better understanding of that cultural context,” Schmidt says. “It’s not easy to reconcile, but it’s important.”

Visitors to Johannesburg can visit the Apartheid Museum as well as Soweto Township, the former home of Nobel Prize winners Nelson Mandela and Archbishop Desmond Tutu and site of a monumental uprising in 1976. While white South Africans were allowed to live in the cities during Apartheid, the black African majority was relegated to townships like Soweto, and stifled under poverty-stricken conditions. Today, Soweto is struggling to balance its past and its future, with the added complication of gentrification from tourist presence. Visitors to Soweto should be mindful of the kinds of experiences they choose to have in the township, and who their tourist dollar is benefiting.