Photo essay from the Himalayas: the Quest for the Snow Leopard

Todd Gustafson of Gustafson Photo Safari recently led a photography expedition to the Himalayas in search of the elusive snow leopard. This remote and mountainous wilderness of northern India once posed a challenge for potential travelers, but thanks to the Snow Leopard Conservancy, tourism infrastructure in the region is growing.

Visitors hoping to see snow leopards now have options for comfortable – and heated – ecolodges and homestays, rather than outdoor camping in frigid temperatures. Better still, the Conservancy’s efforts directly support conservation of the endangered snow leopard populations, and put tourism revenue back into the local community. 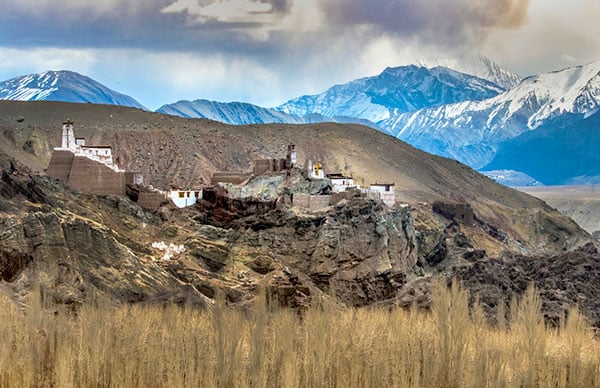 Leh, in the northern region of Ladakh, is a picturesque town with a cold desert climate. Framed by mountains and home to numerous monasteries and temples, the scenery and environment provide stunning visuals to photograph.

Roof of the World

The first two days of Todd’s program were spent acclimating to the high elevation, resting and exploring the nearby palaces. Once adjusted, they headed higher still into the Himalayas – climbing another 2,000 feet to 14,000 feet total.

Equipped with expert spotters and trackers, the quest to sight a snow leopard immediately unfurled. “Typically the snow leopards are spotted around 4:00 pm, so we were setting up our equipment to be ready at 4:00,” Todd shares. But a snow leopard sighting can’t be planned. At 3:30, the spotters caught a glimpse of the group’s first snow leopard – high on a ridge above the valley.

Needless to say, chaos ensued as the photographers scrambled to get ready. Todd chuckles as he tells the story. “We were running around, trying to put on our coats, trying to get all our equipment together. It was a panic.”

But the photograph tells a different story – one of an elusive predator high above the world, tracing a confident path in a precarious ecosystem.

Over the next three days, Todd and the group moved through the valleys, hoping for another opportunity. The team of spotters and trackers searched tirelessly for any sign of their target, while porters served tea and cookies as a kind of “creature comfort” in these remote locations.

The group came across other iconic Ladakh wildlife roaming freely in their habitats, like wild yaks, urials, magpies, and large-eared pika. Day 3 was lucky enough to yield a brief glimpse at a female snow leopard hunting, but she didn’t stay long. 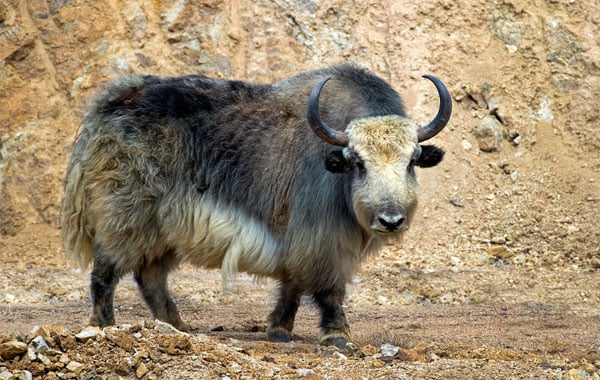 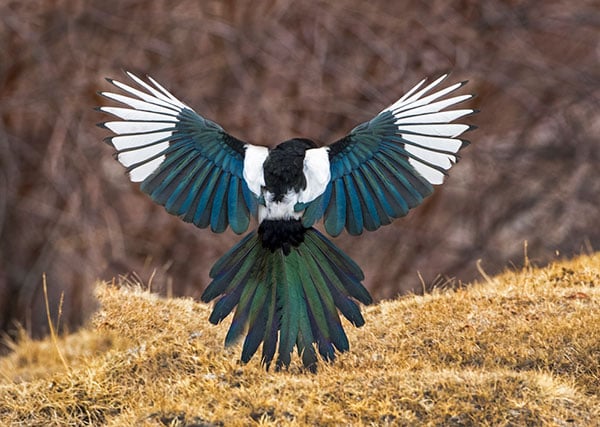 On the fifth day, the trackers had a theory. After studying footage from nearby camera traps, they suggested hiking into the next valley – a female snow leopard had passed through with her cubs and disappeared into a mountain pass. The group enthusiastically agreed.

The hike was about a mile, and when they arrived, there were no signs of the snow leopards. So, the porters got out the tea and cookies, and everyone took a moment to rest their legs and enjoy a snack.

But then, all of a sudden, there they were – the mother and her two cubs, emerging from behind a rock.

“The tea and cookies go flying all over the ground,” Todd laughs, recounting the experience. “And then we all just watched as this snow leopard comes out from behind a rock with her two cubs, climbed up the mountain, and moved on into the next valley… it was one of the most memorable experiences of my life." 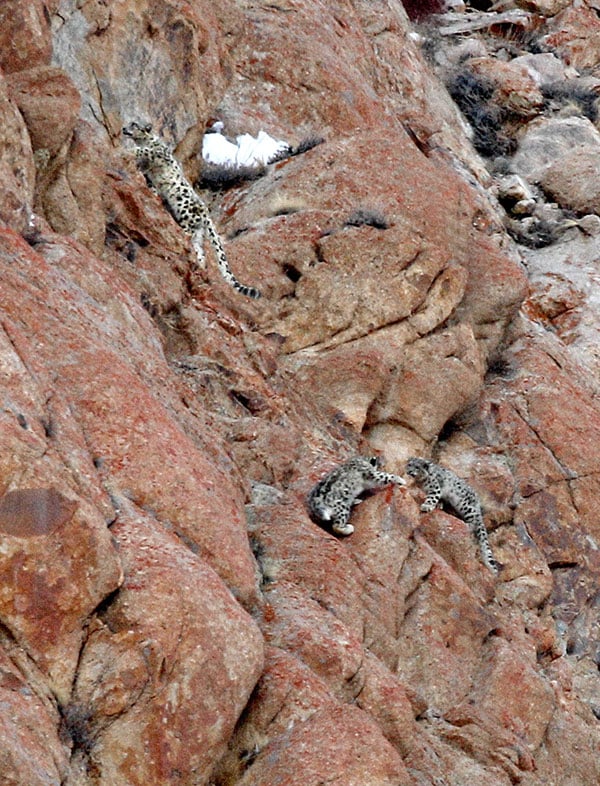 For many, an expedition to this part of India is kind of a “bucket list” item, and now more than ever it’s possible to “check off.” However, the conservation story of the snow leopard is the rightful centerpiece of any nature tourism in Ladakh. Partnering with the Snow Leopard Conservancy gives groups like Todd’s an opportunity to directly support local conservation efforts and participate in community education both in the field and back home. 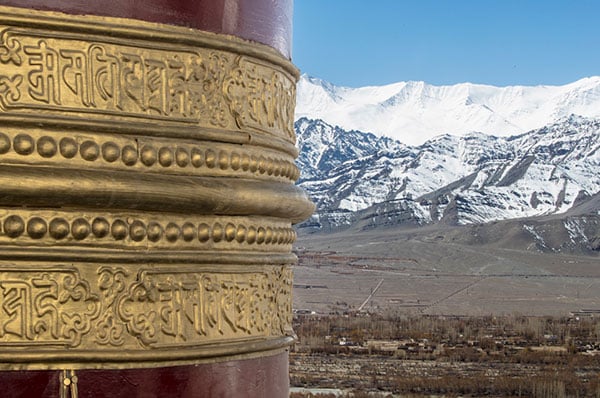 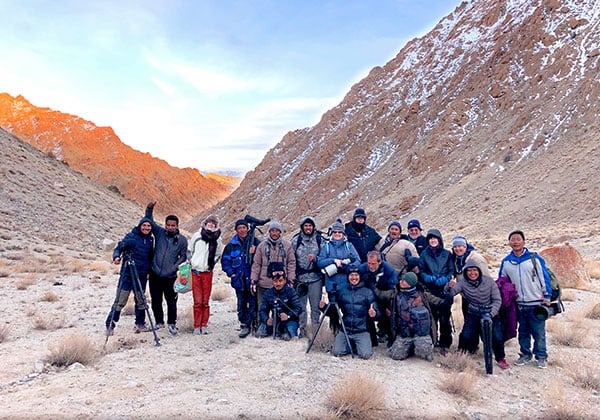