Namibia lies on the southwest coast of Africa and to this day it is the continent's best kept secret. From dune-studded beaches, expansive starlit skies, spectacular rock formations, and beautiful wildlife, Namibia is quickly becoming a top choice destination. Here’s why:

The country, although technically young—gained independence in 1990—is home to some of the Earth’s oldest geology, culture and biology. Whether you’re looking to scope out rare endemic bird species, go on game drives in search of The Big Five, trek through the world’s oldest desert or sit around a campfire chatting with indigenous tribesmen, Namibia abounds with new opportunity, for both the seasoned and novice traveler. The country is safe, friendly, and affordable. If you’re travel group is seeking an unmatched experience that endeavors into the less-explored, remote lands of the planet, Namibia will delight all your senses. 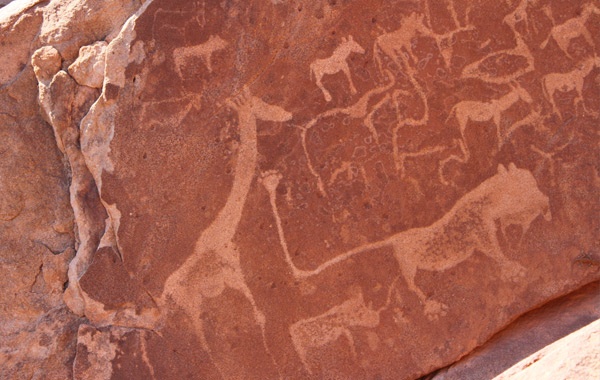 While the history of the land is evidenced in rock carvings and paintings dating back to 26,000 B.C. it wasn’t until the end of nineteenth century that it became attractive to European settlers and was colonized by Germany. During this time period there was continuous unrest and turmoil between the settlers and the pre-colonial Namibia population, until WWI when Germany surrendered Namibia to the South African army. This merely traded one oppressive situation for another and in 1966 South West Africa People's Organisation (SWAPO) commenced a war for liberation for the unnamed land. This strife continued until 1988 with the ending of Apartheid. In 1989 democratic elections were held and Namibia became an independent state in March 21 of 1990. Since that date, Namibia has existed in uninterrupted peace. 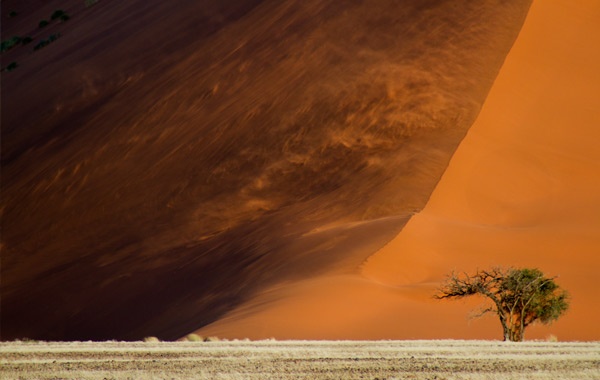 Namibia’s geography is characterized by distinct ecosystems, each with varying attractions and landscapes. Arguably, one of the most sought after sights is the Namib Desert. Running along the country’s entire coast, the Namib is the oldest desert in the world, home to the largest sand dunes on the planet and speckled with dry riverbeds and canyons. Venture to the south of the country and you’ll find Fish River Canyon (the largest in Africa), a 161km long gorge, amid arid stretches of wide-open space. Just north of the canyon is the Kokerboom Forest, home to quiver trees, one of the oldest forms of vegetation known to man.

North Central Namibia is a combination of hilly forests, grasslands and rugged mountains. It is also home to Etosha National Park, one of Africa’s supreme wildlife sanctuaries, providing refuge to countless animals including the endangered cheetah and black rhino. Journey to the East, and you’re in tribal territory; this area is desolate even for Namibia. It’s also home to the Sans Bushmen, ancient peoples known for their survival skills. Finally all the way to the northeast lies Caprivi, also known as the Okavango Strip. Unlike the rest of the country, Caprivi is laden with vegetation, moisture and life. It’s characterized by rivers, swamps and tropical forests and as a result provides respite for hundreds of bird species along with aquatic life.

A sanctuary for rare wildlife

Despite its rugged landscape, Namibia boasts incredible diversity; both flora and fauna have managed to thrive in somewhat difficult conditions.  More than 43% of Namibia’s land is under conservation, in the form of commercial reserves, parks, reservations etc. Additionally, the Namibian people as a whole are committed to protection and proliferation of wildlife. So much so, they are dedicated to living alongside wildlife, even predators and large mammals. Because of this, Namibia is the only country worldwide where endangered species are actually released out of protection back into communal land.  As a result Namibia has been able to maintain a display of wildlife that has global significance.

“The country is home to approximately 4,350 species and subspecies of vascular plants, of which 17% are endemic. Six hundred and seventy-six bird species have been recorded, of which over 90 are endemic to Southern Africa and 13 to Namibia. Furthermore, 217 species of mammals are found in Namibia, 26 of which are endemic, including unique desert-dwelling rhino and elephants.” 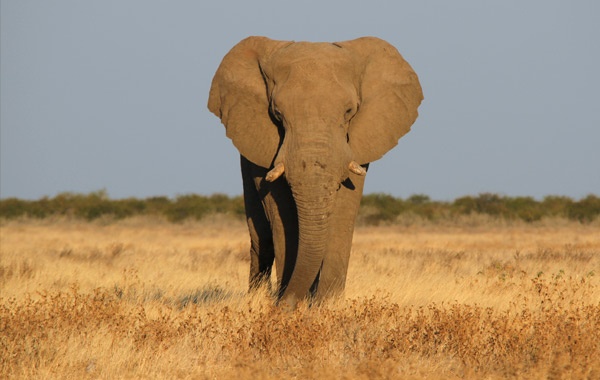 Etosha National Park, declared a game reserve back in 1907 by German settlers, is legendary and represents nearly all African game species, including the “Big Five:” elephant, rhino, buffalo, lion and leopard. Based on an animal count done by aircraft in 2005, there are about 250 lions in the park, 300 rhinos, 3000 giraffes, 12000 zebras, 4000 wildebeests, 5500 Oryx antelopes and more than 2500 elephants. Travel along Skeleton Coast, to Cape Cross and you’ll find the largest population of breeding seals in the world. The coastline of Southern Africa is the only place in the world where you can find Arctocephalus pusillus pusillus, or the Cape fur seal, as they are more commonly known.

As a result of unwavering conservation efforts “Namibia now boasts the largest free-roaming population of black rhinos and cheetahs in the world and is the only country with an expanding population of free-roaming lions. Namibia's elephant population more than doubled between 1995 and 2008 from 7,500 to over 16,000 individuals.” 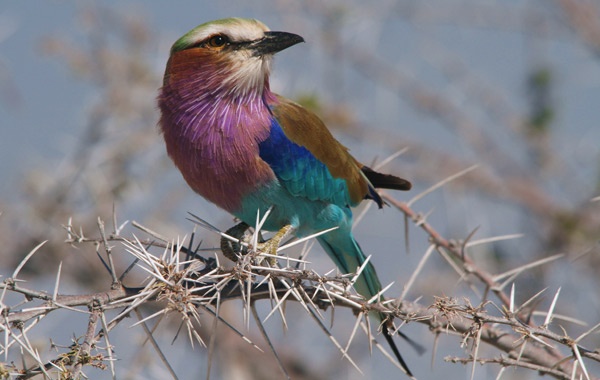 With habitats ranging from coastal wetlands, sand dunes of the Namib, tropical forest and rivers in Caprivi, to the grasslands and forests of Etosha, Namibia is a birder’s paradise. Namibia’s checklist rounds out at approximately “676 of South Africa’s 887 species.” Etosha National Park alone, boats 380 species, eight of which are endemic. 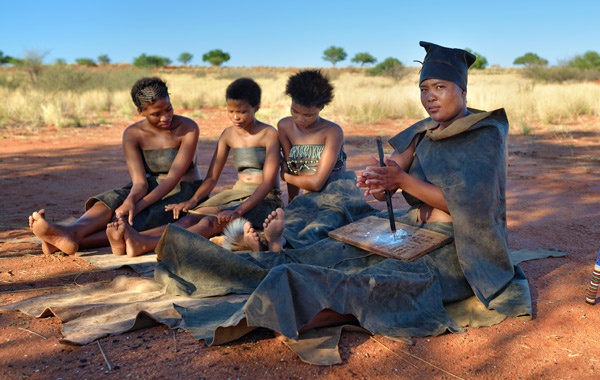 Despite its young history, Namibians have mastered the feat of unity in diversity. More than 10 major ethnic groups are represented in the population, (including but not limited to: Caprivians, Damara, Herero, Himba, Kavango, Nama, Owambo, San and Tswanas) each with distinct cultural traditions. Although they come from different pasts they have developed congruence in the goal of maintaining Namibia as a peaceful, preserved and welcoming land. Perhaps the most interesting are the San, formerly known as the Bushmen, who have inhabited this land for tens of thousands of years, long before Namibia existed as a country. Evidence of their existence is displayed in prehistoric rock engravings at Twyfelfontein, a UNESCO World Heritage Site. Spend time connecting with a Sans Bushman and listen to traditional stories about the stars, animals, galaxies, and the universe; or visit traditional Herero villages and learn about their long-standing traditions that have survived since before the sixteenth century.