High up in Manitoba’s vast province lies Churchill, a city that’s had a long history of visitation from humans, wildlife, and even tiny charged particles emitted by the sun! In our new world of social distancing, and renewed interest in natural places, natural wonders, and the value of scientific research, Manitoba might be just the right place for your group members.

People have been attracted to Hudson Bay and the Churchill area of Manitoba for thousands of years. Nestled along the western shore of Hudson Bay (sometimes referred to as a “frozen sea”), its first inhabitants were nomadic and were drawn to the rich food sources of the area. Marine mammal hunters also moved into the area, and later became the Inuit culture. Europeans arrived to take advantage of the valuable pelts of beaver and fox, which were abundant there in the 17th century.

Today, people continue to make the journey to Churchill to admire and research the natural beauty of the northern lights and the iconic wildlife. It is known as one of the best wildlife-viewing destinations in the world, and may be the most accessible place to see Arctic wildlife like polar bears and beluga whales without going above the Arctic Circle.

Polar bears are one of the main draws for wildlife enthusiasts in Churchill. Why does the largest land predator in the world congregate here in the fall? The answer lies in the seasonal cycles of Hudson Bay, a huge extension of the Arctic Ocean, and one of the largest bays in the world. Hudson Bay starts to freeze in autumn (usually between early October and mid-December), and this provides polar bears with access to their food supply. After fasting for the summer months, the bears head to the coast to get ready for the feast. Once the ice is thick enough, the bears head out onto the frozen sea to hunt seals and other marine mammals for the next eight months. 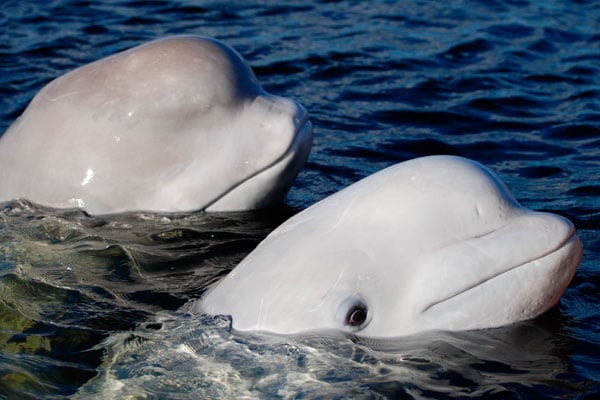 Who wouldn’t want a chance to see these “white whales,” with voices so melodious they earned the nickname “sea canary”? The challenge for beluga seekers is that they are an Arctic species, spending most of their lives within the Arctic Circle. Like many of their larger relatives, belugas do migrate. Their migration does not take them too far south, but toward the river mouths and estuaries. The ice covering Hudson Bay melts for the summer months, and belugas congregate at the mouth of the Churchill River, where many will give birth to calves which were conceived the previous year. The shallow coastal waters of an estuary offer protection from larger predators and also an abundance of fish like capelin upon which to feed. From mid-July to mid-August, Churchill becomes one of the best places for viewing wild belugas. 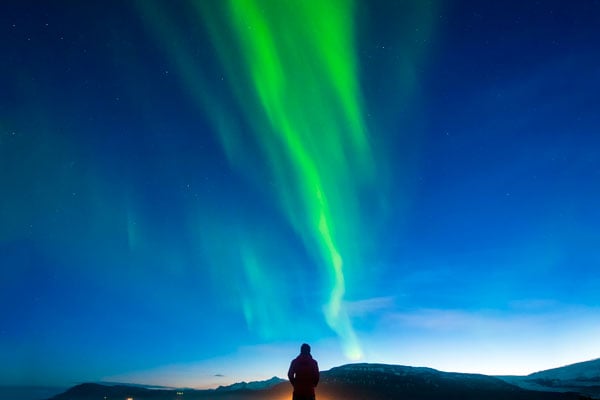 In addition to amazing wildlife, Churchill also boasts having the perfect ingredients for observing the aurora borealis over 300 nights per year! The northern lights are produced when charged particles (protons or electrons) from a solar wind collide with gases in Earth’s atmosphere, giving off energy in the form of light. The strong magnetic fields at the north and south poles pull these particles into the atmosphere, which is why they are visible from the polar regions. Of course, having clear, dark skies is another essential component, and that is why Churchill’s remote location makes it one of the best places to witness this natural phenomenon. The fall and winter months are the best for this, as they offer the clearest, darkest, and longest nights. 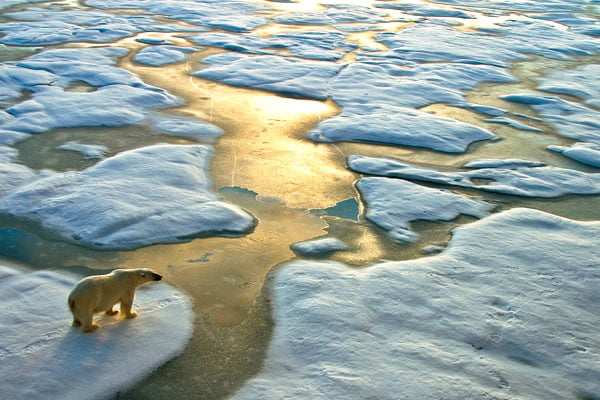 In addition to visiting Churchill for wildlife opportunities, northern lights, and culture, it is also on the forefront of climate science. Researchers flock here from around the world to study the impacts of rising global temperatures on the Arctic. A visit to the Churchill Northern Studies Center gives travelers access to this knowledge, through the center’s own educational programs, and by interacting with the researchers and their projects.

The research and the education happening here is vital to this area’s economy, and vital to the global collective strategy for combatting climate change. What happens in the polar regions has a big impact on the climate in the rest of the world, and vice versa.

Most people are aware of the fact that sea levels around the world are rising, and some communities are racing to adapt, because it is happening much quicker in some regions than in others. Churchill is a fascinating place to study this, because here the sea level is actually receding! In actuality, it is more like the sea floor is rising. It’s due to isostatic rebound; the sea floor along the west coast of Hudson Bay is still bouncing back from being pressed down by the weight of a giant glacier during the last ice age. There are places along the shoreline where you can see the mooring posts from ships that stopped in Churchill 400 years ago, and these are now 12 feet higher than the water line.

Come to Churchill to understand polar amplification, the concept that temperatures are increasing faster in the polar regions. While the average global temperature has increased by 1 degree Celsius since the pre-industrial age, it has increased by 2.5-3 degrees in the Arctic. Open water on Hudson Bay used to last for a few months, but the bay is now freezing up over a month later than it did 15 years ago, and also melting earlier. 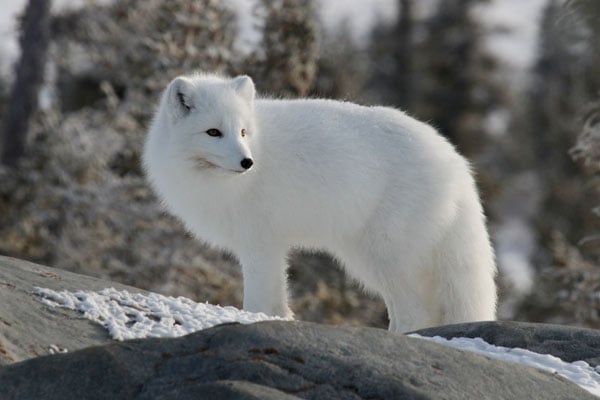 Scientists here are studying teleconnections, or the impacts of this change to the rest of the planet. It is clear that the Arctic has an impact on the climate of the planet, but also that changes in other area have an impact in the Arctic. They are trying to find answers to some very important questions: how much impact? What is the impact to the wildlife and the local and global food webs? And how can we mitigate or prepare for these impacts?

At a time of profound change in our world, group organizers will be wise to consider our neighbors to the north! In Manitoba, you can be enthralled by nature and receive an education on the most current climate science. As huge polar bears lumber toward the shores of Hudson Bay, waiting for their annual feast to start, you’ll have a better appreciation for the fragility of their world and their seasonal access to food.

The wonders are all around you, on land, under the water, and up in the sky – don’t forget about those microscopic travelers from our own sun which reveal themselves in swirling ribbons of color across the night sky.