Connecting continents, oceans, cultures, and commerce, the tiny country of Panama has always been shaped by its strategic location. The formation of the Isthmus of Panama yielded a path for migrating wildlife and natural exchange, echoed millions of years later with mankind’s burgeoning trade route and the construction of the Panama Canal.

For Copa Airlines, their homebase of Tocumen International Airport serves a similar role: a hub for travelers transiting the Americas; between continents north and south, American travelers will likely make a stop in Panama City on their journey.

But even with the ubiquity of Tocumen Airport on boarding passes far and wide, most travelers are simply passing through Panama, spending their tourist dollars in the fine shopping establishments of the airport – and nowhere else in-country. To remedy this, Copa Airlines, in conjunction with Panama’s Tourism Promotion Fund (PROMTUR) and the Tourism Authority of Panama (ATP), developed their own strategic plan: a stopover program that allows visitors to turn their Tocumen layover into a true connection with Panama. 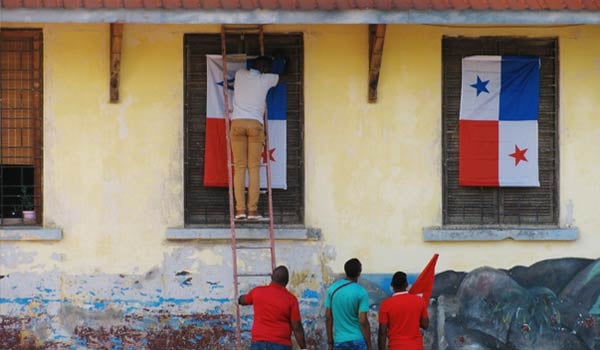 The new program is designed to encourage passengers stopping in Panama City to plan an extended visit for up to seven days, with no additional cost in airfare. In doing so, travelers have the opportunity to see more of Panama than just its airport: they can explore its beaches, forests, and cities, get to know its culture and traditions, and, most importantly, financially support local tourism initiatives.

In order to familiarize the travel industry with Panama’s offerings and the new stopover program, Copa invited representatives from travel operators across North America to see some of the country and attend the official launch of the stopover’s marketing campaign. Along with Specialty Travel Consultant Jen Hajj, I was fortunate enough to participate in these events, getting a behind-the-scenes look at Panama’s hospitality, and what goes into promoting it. 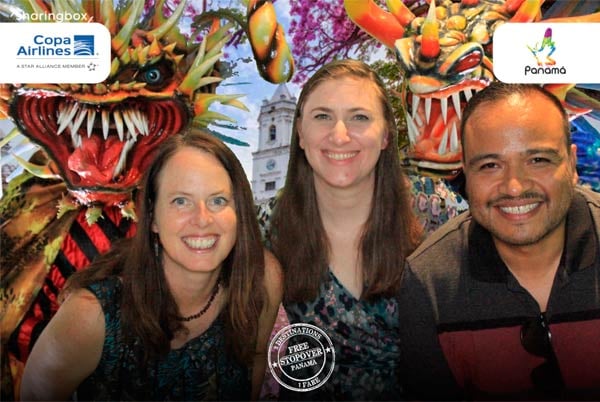 Called “Two Destinations, One Fare,” the new campaign aims to position Panama as a final vacation destination with unique experiences in nature, culture, and history. I sampled all three, with excursions to coffee and honey farms in fertile Chiriquí, a stroll through the streets of colonial Casco Viejo, and a visit to the Panama Canal, where I was lucky to witness a ship passing from the Pacific to the Atlantic.

These tenets of Panama – nature, culture, history – were on full display at the official launch of “Two Destinations, One Fare,” held at Panama City’s BioMuseo, which featured traditional dance performances, photo opportunities with the colorfully grotesque “diablicos sucios,” delicious local food, and a chance to learn more about Panama’s distinct natural history in the museum exhibits.

For further promotion, there were designated sessions for networking, where travel operators could meet with local suppliers and discuss possible opportunities for connection – true to the spirit of the occasion. Plus, if you’re making a stop in Tocumen, you might catch a glimpse of the Copa plane outfitted with a “Two Destinations, One Fare” mural. (But hopefully you’re already on your way to baggage claim, to enjoy a few days in-country.)

So what can you see and do on a Panama stopover?

Thankfully, Panama’s unique identity as the ultimate crossroads of people, wildlife, and ideas means that there’s something for travelers of every interest – and the country’s diminutive size makes it quick and easy to venture beyond the city. Nature and wildlife lovers can delve into national parks and reserves to see sloths, anteaters, monkeys, and iguanas, or head to the Pacific coast to glimpse humpback whales, who make their own stopover during mating season (July-October). 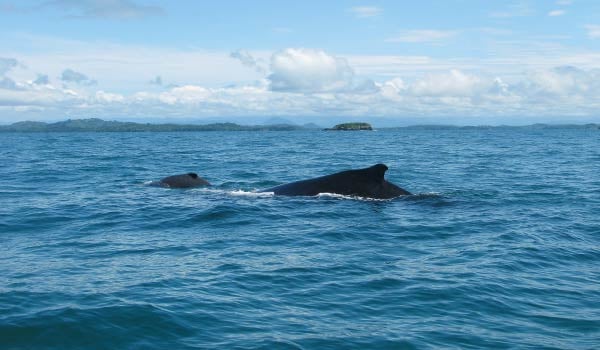 Birders have a multitude of options – the cloud forests of La Amistad National Park are home to the resplendent quetzal, Pipeline Road is world-famous with easy access from Panama City, and the remote forests of Darien offer some of the best birding in Central America. If you go to Panama in the autumn, you can’t look skyward without seeing a swirl of hawks and vultures soaring overhead – part of the annual raptor migration.

Beaches along the Pacific and Caribbean coast yield countless opportunities to unwind, and foodies will love sampling local offerings in the agricultural regions of Chiriquí and Bocas del Toro. History buffs can make a stop at the canal, marvel at the ruins of colonial Panama, and gain a deeper understanding of Panama’s role in world history, from the Spanish conquest to American investment. Those seeking to learn about indigenous customs and traditions can pay a visit the Emberá indigenous community along the Caribbean coast. 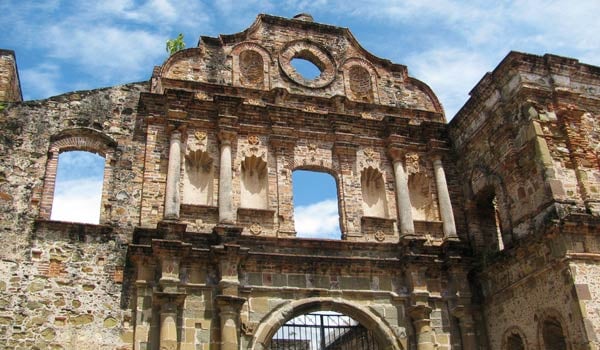 It’s undeniable that Panama has an identity unlike any other. Its spirit of sharing and exchange is threaded throughout the country, and the way it presents itself to the world. In just a few days, I was able to see the highlights of Panama City and Chiriquí – and the way the country is expanding its tourism industry. More importantly, I want to go back… and if you too are ready to pack your bags, the new stopover program is a great new way to connect in Panama.

photos of Casco Viejo and whalewatching by Christa Markley