Into the Heart of Wild India

But across its impressive diversity of ecosystems, India also offers natural wonders in abundance: 100+ national parks and reserves, over 1000 species of birds, and signature wildlife from tigers to wild elephants. For the naturalist travel planner, a wild India awaits.

Amit Sankhala, director of Dynamic Tours and Holbrook’s in-country operations, recommends “The Jungle Book Story” for first timers to India. This journey to see tigers, leopards, wild dogs, and bears will take you to Madhya Pradesh in central India, where wildlife density is one of the highest in the country. 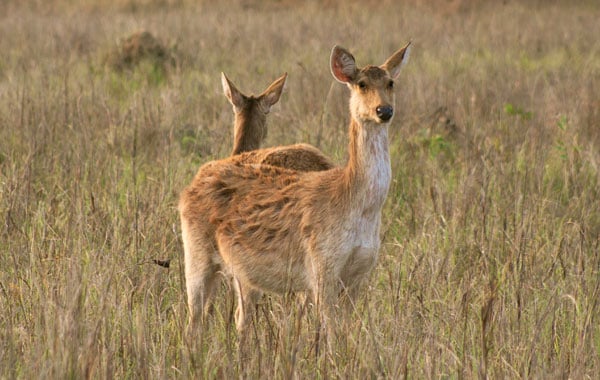 If you want to see tigers in India, Bandhavgarh and Kanha National Parks are a must: together they are home to the highest concentration of tigers in the world. While Bandhavgarh is more renowned specifically for its tiger population, Kanha’s tiger presence has seen significant increase in recent years.

Kanha also has the distinction of being the main inspiration for Rudyard Kipling’s “The Jungle Book.” The park’s conservation history is particularly noteworthy, as it successfully reintroduced a herd of critically endangered barasingha (swamp deer), virtually saving the species from the brink of extinction. It’s now the only place in the world where you can see swamp deer in the wild.

Conservation from an insider’s perspective is a priority program element for Sankhala. “We really work with the naturalists and guides depending on the requirement of the client,” he says. “We do lectures, and bring in biologists and conservationists to talk about what the issues are in the particular area, and what the situation is on the ground.”

Both Bandhavgarh and Kanha are under the purview of Project Tiger, a conservation program dedicated to protecting the endangered species from extinction, and Sankhala himself established Tiger Trust, a non-profit organization to unite local communities in conservation. 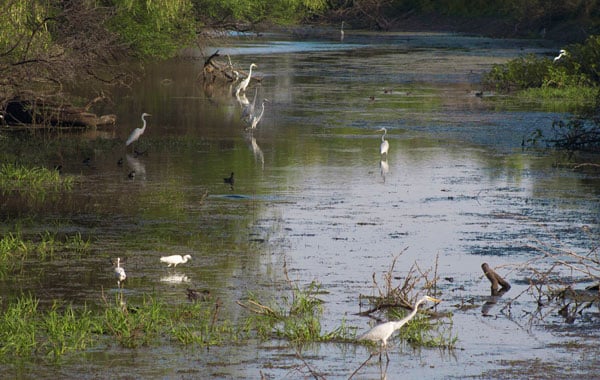 Birding at Keoladeo and Chambal

India may not spring to mind as a prime international birding location, but the country is actually home to 1000+ species of birds (for comparison, the entire continent of Africa has 1200). In Madhya Pradesh, both Bandhavgarh and Kanha are excellent birding sites – but access is limited to the safari vehicle. For a chance to bird on foot, birders can explore Keoladeo Ghana National Park and National Chambal Sanctuary.

Formerly the Bharatpur Bird Sanctuary, Keoladeo Ghana National Park is a World Heritage Site and Ramsar Wetland of International Importance. It is home to approximately 450 species of birds in total, but Sankhala reports that you can check 200 species off your list within just six square miles. Here you can see both resident and migratory waterfowl and landbirds, such as the marsh babbler, the Malabar pied hornbill, and sarus crane, the world’s largest non-migratory crane and tallest flying bird.

Sarus cranes can also be spotted at the National Chambal Sanctuary, an Important Bird Area and home to around 300 species of resident and migratory birds, including Pallas’s fish eagle and Indian skimmer. For herpetology enthusiasts, Chambal hosts eight of the 26 rare turtle species found in India, as well as the critically endangered gharial crocodile. Another wildlife highlight is the endangered Gangetic dolphin, India’s National Aquatic Animal.

When to go and how

If you’re planning a visit to a safari national park in India, it’s important to know the details. Most parks dispatch safari vehicles in two shifts, with one departure at sunrise, until late morning, and a second departure around 3:00 pm, until sunset. Typically, safari vehicles have two rows for two passengers each, although Sankhala recommends that photography tours seat one person per row, to accommodate equipment. So, if you’re interested in a photographer’s safari, note that this increase in vehicles could raise your price.

All national parks in India are closed on Wednesday afternoon for holiday, so be aware that no safaris are available during those times. Instead, Wednesday afternoon is a prime opportunity to arrange a transfer, schedule free time at the lodge, or coordinate a cultural excursion into nearby villages.

Generally, the best time to visit Madhya Pradesh is October-May, when temperatures are cooler. For birding, November through the first week of March is ideal for spotting migratory birds wintering in the parks. Tiger season is best from early March until May, when the parks are drier. During the summer monsoon season, national parks are closed. (The general window is July-September, but be sure to check with your park specifically, as exact dates vary.)

Because of India’s size, travel times between destinations can be up to 5 or 6 hours by bus. For longer distances, you’ll likely want to opt for internal flights. Or, if you’re up for an authentic Indian travel experience, you could take a train – anywhere from 90 minutes to overnight, depending on your comfort level relative to the distance. India’s railway serves 32 million people at any given moment, and offers a singular experience for adventurous travelers.

Other Highlights in Madhya Pradesh

If you want a “boots on the ground” wildlife experience, Satpura National Park is the rare park that offers walking safaris. While the chance of seeing tigers is decreased compared to Bandhavgarh and Kanha, you can take advantage of the unique opportunity to hike, cycle, and canoe through its rugged wilderness. “To be able to walk inside a national park where there’s tiger territory is very exciting,” Sankhala says. With a smile, he adds, “Although it depends on who you talk to.”  If that option isn’t thrilling for you, the park also offers the traditional Jeep safari experience.

Like Kanha, Pench National Park is said to have inspired “The Jungle Book,” and features leopards, sloth bears, wild dogs, an abundance of avifauna, and a tiger sighting about every other day. But what sets Pench apart is its proximity to local villages. Spending a few days in Pench allows for not only safari, but authentic interactions with the small communities of the region, unfettered from tourist commercialization.

Typically, most itineraries to Madhya Pradesh include stops within the “Golden Triangle” – Delhi, Agra, Jaipur – to see some of India’s cultural treasures, like the Jama Masjid mosque, the opulent “Pink City,” and the iconic Taj Mahal. 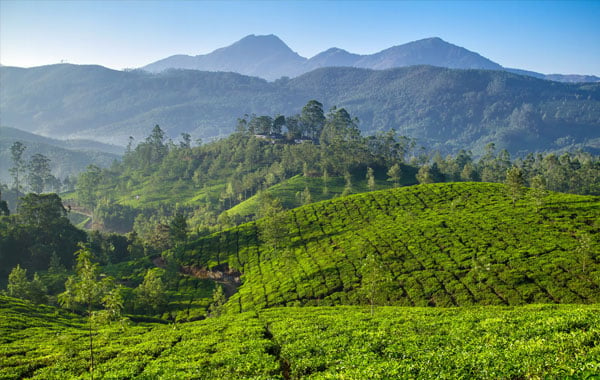 Of course, India is more than just its cultural sites, more than “The Jungle Book,” and more than just Madhya Pradesh. If you’re seeking black panthers, you could plan a trip to Bangalore in the south. Or if you’re interested in snow leopards, you might choose an expedition to the Himalayas in the north, where recent improvements in infrastructure have made this remote region more accessible. Student trips can easily incorporate the Golden Triangle, tiger safari, community service, and conservation projects, all at an economical cost. And for horticulture enthusiasts, a journey to southwest India offers world-famous gardens, tea and spice plantations, and a blended cultural history along the coast.

No matter where you go in India, travelers can expect to experience its unique culture up close. But setting foot off the beaten path, into the wilds of India, rewards travelers with an unparalleled safari adventure, and an appreciation of the country’s extraordinary natural treasures. In a world where some species’ numbers are dwindling, the value of seeing nature up close is increasingly crucial. “We should be able to see our natural heritage,” Sankhala imparts. “If we can’t see our natural heritage, we can’t save it.”