Interview: Costa Rica from a First-Timer’s Point of View

Last month, we shared what it’s like to visit Galápagos from a first-timer’s point of view. This month, we’re sharing an interview with Holbrook’s Arianna Aguilar. Arianna, who works on Holbrook’s Road Scholar team as a destination consultant, recently traveled to Costa Rica for the first time as a participant on RS program #8577, “A Taste of Costa Rica.” Here’s what she discovered: 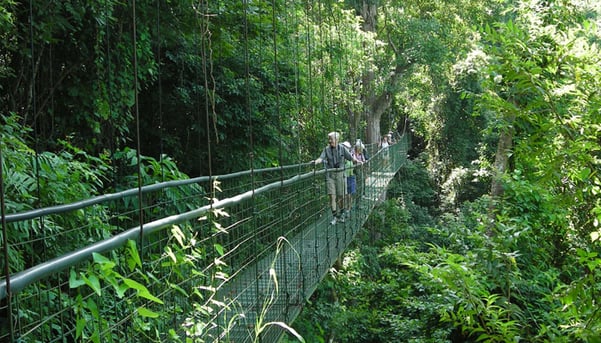 There were 17 of us. We started in San José and we stayed at the Balmoral in downtown San José, which was nice, because then we could explore on our own. We all walked to the Gold Museum instead of taking the bus, that was really nice. Then next, we went to Sarapiquí. After Sarapiquí, we went to Arenal, and after Arenal, Monteverde, and then back to San José. Monteverde was my favorite part. I especially loved the Quaker interactions. It was really interesting and really something different from what most people do there. I liked that it was more remote, and I loved the bat experience at Bat Jungle.

Being in Selva Verde was just a shock. I should have expected it by the way people described it to me, it sounded so magical. But still, just being there and getting to your cabin, and hearing the howler monkeys all around you, and hearing nature constantly, it’s amazing. It is really amazing to just be somewhere that everything is conducive to experiencing nature and seeing the wildlife at every turn. That was really memorable to me.

What kinds of wildlife did you see?

We saw howler monkeys, caimans, a wide variety of birds—including a Sunbittern, toucans, and macaws in flight—plus stick-bugs, grasshoppers, and other insects. As far as amphibians, we saw blue-jeans poison dart frogs in abundance at Selva Verde, and red-eyed tree frogs. Our guide, Chito, was amazing. He went out of his way for people to see what they wanted to see and to please everybody. Even if we were doing a cultural activity, he was always prepared with everything he needed for you to spot something. He knew that one of the things I wanted to see most was a kinkajou in the wild. One night we were having dinner, and Chito called me over to point one out! It was just so magical.

How would you describe the guides?

As I mentioned, our guide Chito really went out of his way. I know all the guides are excellent – for all the Costa Rican guides, you hear nothing but praise – but I really didn’t expect that I would get such an emotional connection with the guide. They get excited because they want to share their country with you. They go out of their way to make you happy and make sure you see everything. I also really loved my fellow group members, and my interactions with the local people.

Do you have any recommendations to help travelers prepare?

My co-worker gave me a “starter kit” for Costa Rica. She put a flashlight in there, which I didn’t understand at the time. During the trip, there was one night where I had to find my way back to my room in the dark, and I didn’t have my flashlight. I wish I had!

If you wear glasses, like I do, I recommend bringing a backup pair. Nothing happened, but it’s still nice to have for a sense of security, especially if you’re going to be doing zip lining and rafting and all of that.

Not all the hotels have clocks, so a small travel alarm clock is a good thing to have. Even if you have a cell phone, it’s good to have as a backup in case you forget to charge your phone.

Lastly, even though they accept American dollars everywhere, it does come in handy to have a little money in local currency, especially loose change, for small purchases or tipping. 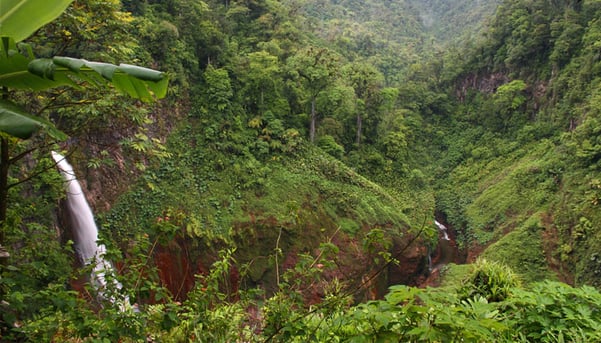 photo by Ann and Rob Simpson

What were some other highlights or unexpected surprises?

I didn’t expect the country to be so different but yet so familiar. I also didn’t consider the fact that when we were driving through the countryside that that would be, in itself, a treat. It’s not that I didn’t expect it, I just didn’t consider that, but you do always see beautiful things or interesting things when you’re just on the road. That, in and of itself, was part of the experience for me. I did expect Costa Rican people to be super nice, and they were!