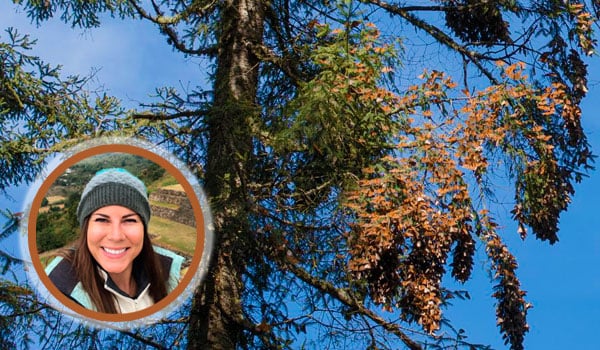 Holbrook Consultant Stefanie Plein just returned from Mexico, where she accompanied a group of travelers to see the annual migration of millions of monarch butterflies in the state of Michoacán. Considered one of the most amazing natural phenomena on the planet, the monarch migration is also a favorite “bucket list” item for many nature lovers. Stefanie shared her experience through photos, below: 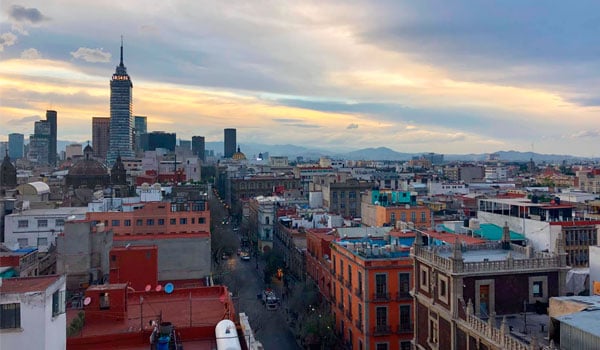 The journey began in Mexico City, before heading up into the mountains where the butterfly sanctuaries are located. While the sunset was beautiful in Mexico’s capital, the next day’s plans to visit their first reserve were rerouted by unseasonable rain.  “We were all a bit disappointed,” Stefanie said. “But you can’t control the weather, and it would have been unsafe to climb the mountain with the rain and mud.”

Instead, their guide brought them to the pyramids of San Felipe de los Alzati, an archaeological site nearby. While most people expect Mexican ruins to belong to the Aztecs, these pyramids were likely a defensive center for the Matlatzinca peoples, a neighboring  community to the Aztecs. 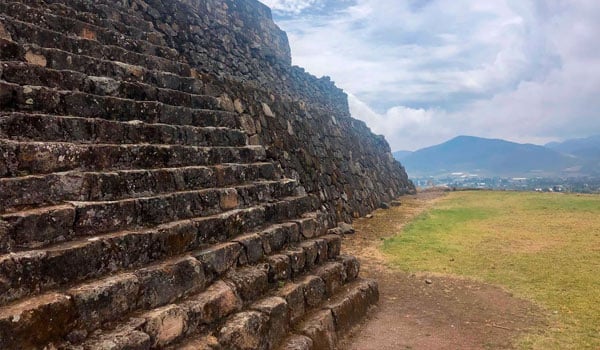 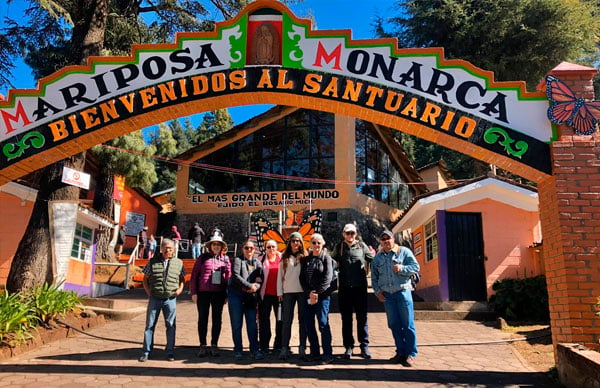 Thankfully, the weather cleared the next day, and the group was able to enter El Rosario Reserve, the biggest butterfly sanctuary in the world. The base of the mountain has its own flurry of activity: locals selling crafts and food, guides and caballeros milling around, visitors preparing for their ascent into the reserve, where the colony is located.

The group opted to ride on horseback up to the colony. The trails can be steep, but the horses are led by local “caballeros” as guides. “Even with all the rain yesterday, the horses handled the trails without incident,” Stefanie noted. 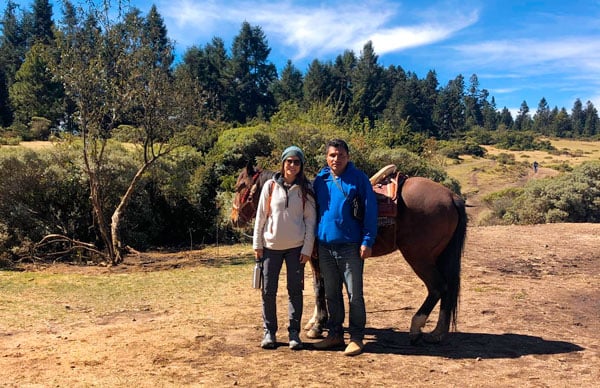 Stefanie and the group followed a roped-off path for another 15 minutes after riding on horseback. Then, finally, they arrived at their destination: the monarch colony.

“The trees were literally orange,” Stefanie said. “And then, as the sun came out, all the ‘mariposas monarcas’ took flight. We were all just silent, in awe. It was magical.” 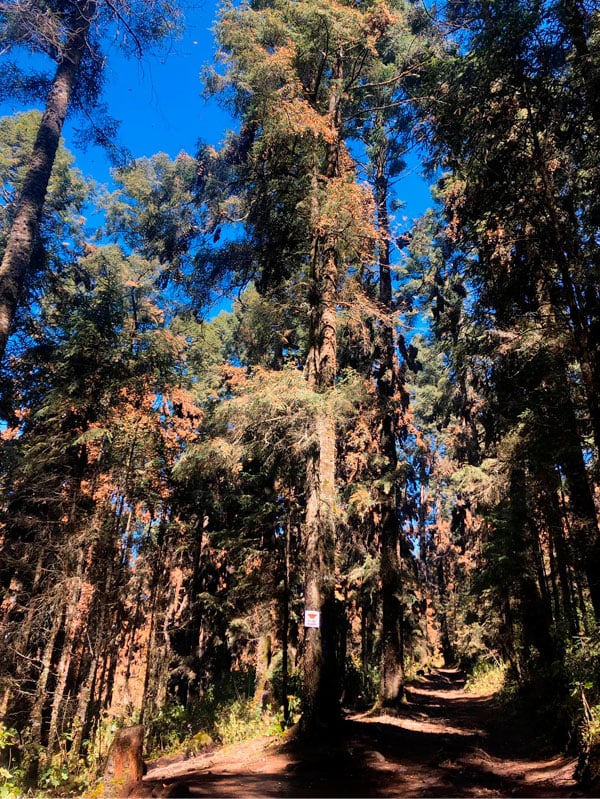 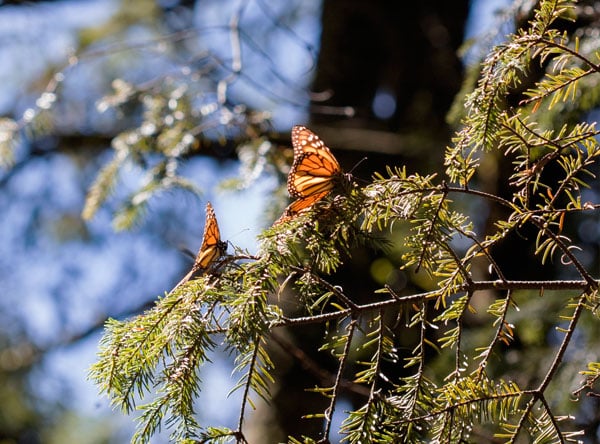 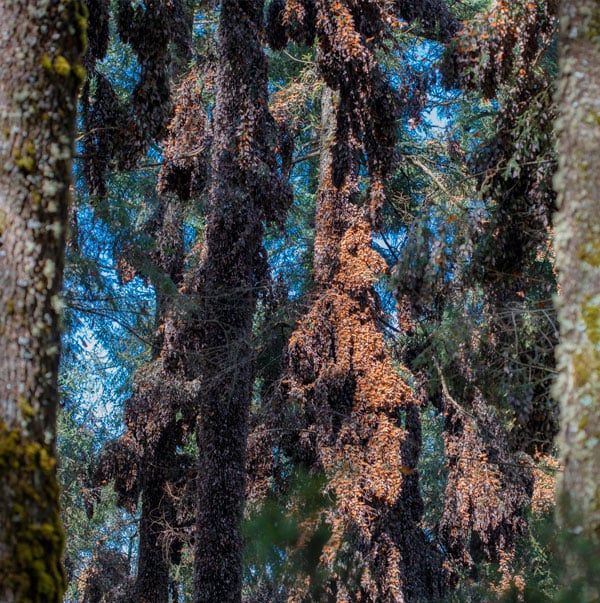 Unfortunately, this region has been in the news recently, due to the deaths of Homero Gómez González and Raúl Hernández Romero, two men involved in butterfly conservation.

“We felt incredibly safe the entire time,” Stefanie shared about her experience. “There is an increased tourist police presence since the deaths, and at no point do you feel alone when you’re at the reserve. Everything is marked well, and you’re always with a group.”

While investigations into the deaths are ongoing, there are some suspicions that both men were killed by anti-environmentalists who would seek to log the forests rather than preserve them for butterfly conservation. It’s a sad reminder that environmental protections are still a contentious issue, and can even be dangerous in some parts of the world.

The crux of nearly all conservation initiatives is monetizing the preservation of forests and other natural resources, instead of their destruction. Financial incentive programs, community education, and responsible local tourism are all viable strategies to encourage “natural capital.”

At the end of the day, the monarch migration reminds us all of the interconnectedness of the natural world, and its particular balance of fragility and resilience. It’s almost unimaginable that millions of butterflies make the same journey year after year, all congregating in central Mexico like clockwork.

“This butterfly hatched on my porch back in October,” Stefanie shared when she returned home. “I always wonder if maybe we were reunited again in Mexico.” 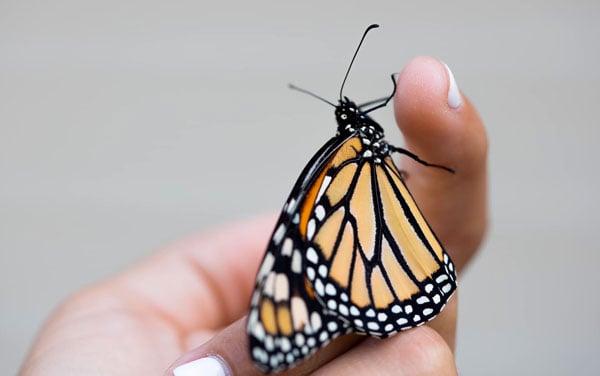 all photos by Stefanie Plein