Destination Spotlight: Panama, Beyond the Canal

Panama is best known as home to one of the great engineering wonders of the 20th century—the Panama Canal.  The Isthmus of Panama forms a passageway linking the North Atlantic and North Pacific Oceans via the Caribbean Sea. Yes, a perfect location for one of the largest shipping routes in the world and a popular cruise destination; lesser known, the bridge between North and South America makes Panama significant in terms of biodiversity, conservation, culture and geography. Whether you’re considering a birding trip, an eco-adventure expedition, a student science program, or even a professional development group, Panama is an affordable, safe, and alluring destination that’s worthy of an educational adventure beyond the Canal.

Because of its position between two continents Panama generates an interesting mix of both resident and migratory species from both North and South America. Long before society recognized the potential for Panama’s industrial development, countless species of wildlife used (and continue to use) the region as a land bridge to pass through between their summer and winter habitats. The region’s biodiversity is astounding and is home to 218 mammal species, 226 species of reptile, 164 amphibian species and 125 animal species found nowhere else in the world. Some of the migratory species include: jaguars, tapirs, and deer—originally from North America—as well as anteaters, armadillos and sloths—which derive from South America, to name a few.

This small nation is packed with culture that combines the best of both modern and ancient civilizations. Panama City is a thriving metropolis with all the markings of modern city-life, while still paying homage to its past with the cobblestoned streets of the historic district, Casco Viejo. Venture just 15 minutes outside of the city and you’re immersed in diverse jungles populated with abundant plant and wildlife. Go a little further and engage with the Kuna people of San Blas Islands or the Chocó, native tribes that maintain traditional ways in their remote settings. 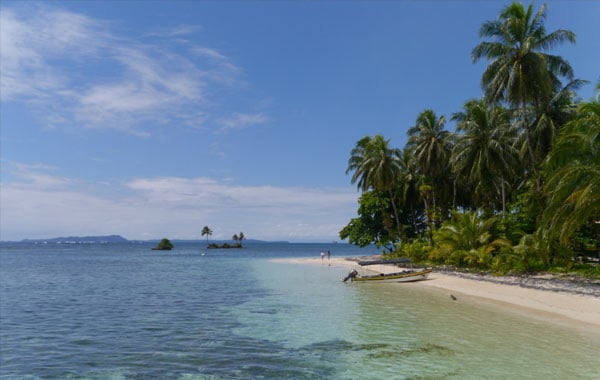 Although its landmass is considerably small, Panama boasts a diverse range of geographical regions with varying climates. The central spine of mountains, referred to as the Cordillera Central, extends the length of Panama from Costa Rica to Colombia.  The region’s highest point—Volcán Barú—sits at 11,401 ft. and gives way to the land’s richest soil. El Valle de Antón is an entire city built inside the crater of the inactive El Valle volcano. The country has over 500 rivers weaving through the forested jungles that cover 40% of Panama’s land area.

The northern coastline is scattered with hundreds of islands that form the Bocas del Torro and San Blas Archipelagos. White-sand beaches, with clear-turquoise waters are home to some of the most vivid coral reefs in the American Pacific, as well as migrating populations of killer whales and resident colonies of sperm whales.

The Darién region of eastern Panama is land comprised of pristine rainforests, rivers and swampy lowlands that remain untouched by humans. In 1980 the area was declared a national park and added to UNESCO’s World Heritage List the following year. 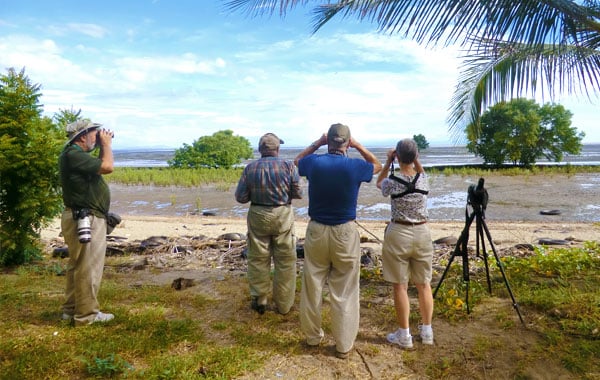 Birding in Panama by Ariel Aguirre

When it comes to birding, few countries compare to Panama. With nearly 1,000 species recorded (the highest number in Central America), the vast coverage of tropical rain forests and cloud forests are home to 120 migratory and 12 endemic species, such as: Brown-backed Dove, White-throated Mountain-gem, Glow-throated Hummingbird, Stripe-cheeked Woodpecker, Azuero Parakeet, Beautiful Treerunner, to name a few. Go birding at famed sites like Plantation Road, Pipeline Road—where over 400 species have been sighted—or stay in eco-lodges such as Canopy Tower, designed exclusively for birding and nestled in Soberanía National Park. Or if you’re looking for an off-the-beaten-path experience, immerse yourself in the untamed wilderness with safari-style camping and birding in the province of Darién. 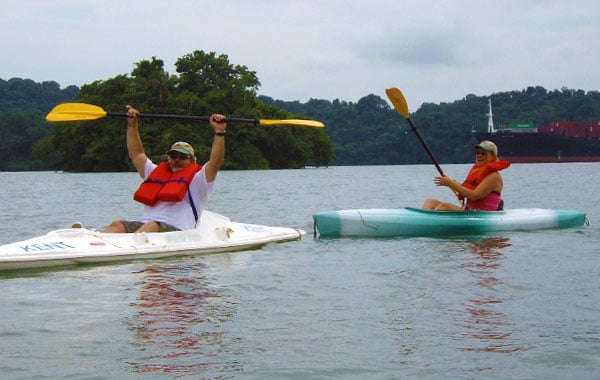 Kayaking in Panama by Fran Whitlock

Looking to pick up the pace on your travel program? Panama is a paradise for both hardcore adventurers and novices alike. From zip lining through rain forest canopies, to horseback riding, or ocean-to-ocean hikes across the isthmus, kayaking or whitewater rafting, and world-class surfing on the Pacific coast, Panama has excursion opportunities that are both safe and exhilarating for all levels of fitness. 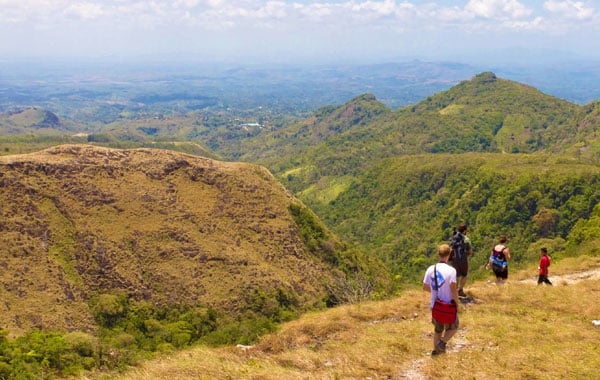 Cocle Grasslands by Sarh an Jason

Curious about what Panama has to offer a group of students or educators? We spoke with Page Keeley, leader in the field of science education, who also happens to be leading a professional development trip to Panama this summer, to find out why she chose this destination. Here’s what she had to say:

Keeley: Panama is a perfect setting to explore STEM contexts. Not only is it the site of one of the world's great engineering marvels (the Panama Canal), but the biodiversity and research into tropical ecosystems provides a rich context into biology and chemistry. Panama also provides noteworthy examples of applications of science and technology, such as the pharmaceuticals that come from the rain forest, agricultural applications of coffee growing and more. The country is also a rich site for geology. And the firsthand opportunity to interact with Smithsonian researchers is sure to be transformative. Having an opportunity to interact with indigenous tribes who have developed tools to live harmoniously in their environment as they have done for centuries expands our concept of the “T” in STEM.  And of course we will visit a school and learn more about teaching and learning in Panama. All of these experiences combined make for an extraordinary STEM educator's professional development experience that are even more profound when you get to experience it and make sense of it together, amongst colleagues that share STEM interests!

So, what are you waiting for? Plan your trip today!

Panama | Birding from Valleys to Shores