Behind the Mysterious Stone Faces of Easter Island: A Lesson in Responsible Travel

If you happened to catch the segment about Easter Island on 60 Minutes last Sunday, you might have come away distraught by the decay of the island’s delicate moai statues. True, the porous stone figures are literally decaying. But the segment hints at a bigger issue that the Emmy Award-winning journalists largely overlook— that the preservation of the Rapa Nui culture and society is at stake. For group travel planners, understanding the story of Easter Island – more properly called Rapa Nui – provides a lesson for responsible travel around the globe and how local communities need to be respected and empowered. 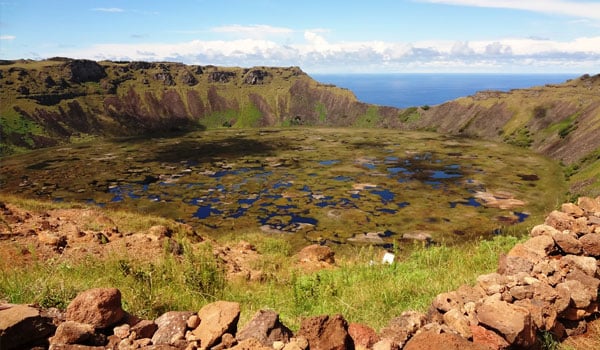 How did 60 Minutes miss the mark?

For all their journalism excellence, and Anderson Cooper’s respectful interviewing style, the message was primarily about the statues. Too little attention was given to the local people who now govern the island. The majority of the segment focused on the carved figures themselves, including citing an effort to preserve the statues with a chemical sealant. Like the Egyptian pyramids, the Inca ruins, and other artifacts of past civilizations, the statues are merely symbols of a society. The program briefly touched on the challenges of the inhabitants – a story that needs more attention – leaving the overall impression that visitors need to see the statues before they disappear. (Missed the episode? See links below.)

Who are the current residents of Easter Island?

It was only three years ago, in 2017, that the government of Chile gave descendants of the original settlers control of the national park where the 1,000+ moai statues are located. The park, which was sacred to their ancestors, covers 40% of the island and was declared a UNESCO World Heritage Site in 1996. There are currently 7,750 residents, half of whom are immigrants from the Chilean mainland. The other half are modern descendants of the original Polynesian settlers.They continue to hold beliefs and retain stories of their ancestors who believed their energy and wisdom at death flowed into the moai statues.

What happened to their once-thriving civilization?

Easter Island's first inhabitants arrived around A.D. 400 from East Polynesia. It is estimated that the island had as many as 17,000 inhabitants at its peak before Europeans arrived in 1877, falling to only 111 at its lowest level. Why? It is commonly believed that the complex society fell into chaos and cannibalism from the strains put on their ecosystem. Widespread deforestation drove many plants and animals to extinction. This story is a lesson for all, perhaps best summed up by noted author Jared Diamond in two books: Easter’s End (1995) and Collapse: How Societies Choose to Fail or Succeed (2011). 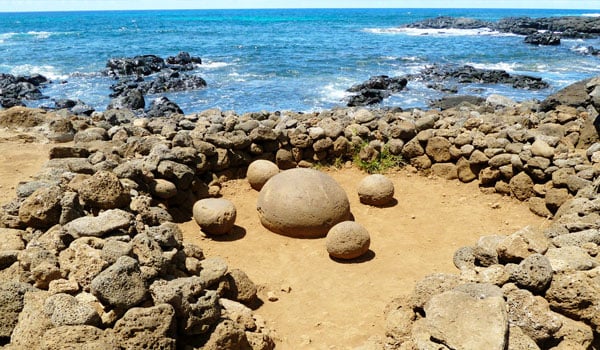 How is tourism affecting the island?

There has recently been a surge in tourism. Where once there were only two flights a week, now there are over two daily from the mainland. Visitors to Rapa Nui National Park have grown from 5,000 in the 1980s to 120,000 last year, many from cruise ships. This has placed a huge burden on the ecosystem, limited facilities, water, and park resources.

Most important, many of the visitors are coming mainly to capture an image of themselves against the moai and take away a few souvenirs. What’s missing is a focus on providing the local community with the proper respect, support and empowerment to make decisions about their own fate. This observation has been shared by Jo Anne Van Tilburg, the noted UCLA archaeology researcher and author. Since Van Tilburg first came to the island in 1981 as a graduate student she has seen a shift from once-in-a-lifetime archaeology adventures to “collectors of places”—people who are “taking the same picture repeatedly,” referring to the pose of picking the nose of a moai. 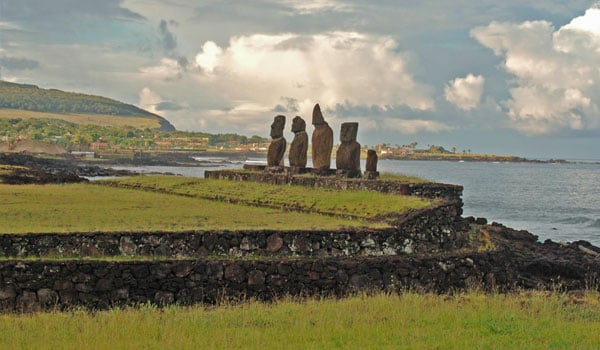 How can a traveler properly visit?

Van Tilburg’s work on the island is a testimony to local empowerment. She’s collaborated for 40 years with the local inhabitants by making connections, listening, and learning from village elders. Her philosophy of "community archaeology" has given her the access and knowledge to put forth significant findings, including a recent discovery that statues are more than heads, with torsos buried in the soil. A visitor to Rapa Nui needs to study the underlying story and history of the island before going. The activities need to be geared around the learning and respect for the traditions, past and present, the excavation work going on, and the efforts to support sustainability. Pedro Edmunds Paoa, the mayor of Easter Island Commune, told 60 Minutes, “It’s not sustainable.” This is where they got it right by hearing from the locals and how they are losing the connection with their ancestry. 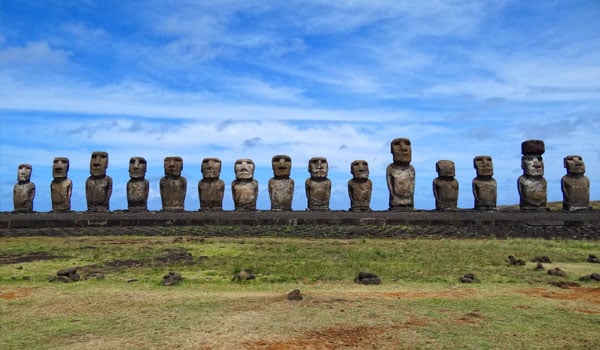 How is Easter Island a lesson for travel planners and providers?

Learning the story of Easter Island and the effect of tourism today is a laboratory for how to operate responsibly in educational travel. This starts with respecting and understanding the local community, working together at solutions. This does not mean not going, it means doing it right. If you are planning a group visit, you should listen to Van Tilburg’s suggestions for visitors in an interview with CNN Traveler: “Read and prepare. Make your questions deserving of answers.” She adds: “There are 1,000 statues and there are 5,000 people. Their faces are just as important."

Collapse: How Societies Choose to Fail or Succeed: by Jared Diamond (2011)