An Inconvenient Sequel: Truth to Power, Al Gore’s recent follow-up to An Inconvenient Truth (2006) bears the usual hallmarks of a Hollywood sequel: a darker reality, increased stakes, and a hero doggedly pushing forward against forces beyond his control. But even without cinematic finessing, An Inconvenient Sequel is still designed as a documentary, aiming to educate with facts and figures.

With 10 years of advancing research and technology between Truth and Sequel, the film acts as a kind of “check-in” on climate science, and provides further evidence reinforcing the original conclusions. Facts and science are intended to be bastions of the narrative, in support of the term “climate reality” in lieu of “climate change,” as Al Gore presents us with both statistical and experiential proof.

Ten days after the film’s theatrical release, the New York Times published a 673-page excerpt of the fourth National Climate Assessment (NCA), allowing the public to read the final draft before its official approval and release by the Trump administration. Called “the scientific foundation of the assessment” on the NCA website, the Climate Science Special Report (CSSR) puts research into facts, graphs, and digestible bottom lines for a range of possible projected outcomes, best-case to worst-case. 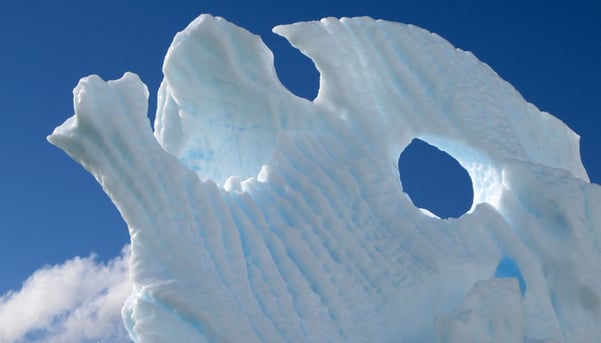 A rise in temperature

In the CSSR, the facts are plain: average yearly temperatures on the planet have increased 1.8° F from 1901 to 2016, and 16 of the last 17 years have been the warmest years on record. Scientists project that the average temperature will continue to rise, with an increase of about 2.5° F for the U.S. in the next few decades.

So what does a rise in temperature mean?  Here are the effects:

Alaska and the Arctic are experiencing a rate of temperature increase twice as fast as the global average, which leads to a basic state change: ice melt.  Both arctic land ice and sea ice have decreased over the past decades, leading to a global mean sea level increase of three inches since 1993. Low-lying coastal areas across the planet are at risk for future sea level rise, which is expected to be significant between 2050 and 2100.

Oceans are also getting warmer. Since the 1950s, the oceans have absorbed approximately 93% of the excess heat from the atmosphere, resulting in increased temperature at all depths. Under worst-case conditions, surface temperature projections are as high as a 4.9° F increase by 2100.

Water temperature increase sets the stage for more intense and unpredictable weather events. An Inconvenient Sequel cites increased ocean temperatures in the northern U.S. as a major cause for Superstorm Sandy’s devastating mid-Atlantic landfall in 2012, and also draws attention to the warm waters around the Philippines, which has experienced five of their ten deadliest typhoons since 2006, and their deadliest – Super Typhoon Haiyan – in 2013.

There’s yet another consequence: coral bleaching. According to UNESCO’s Scientific Assessment of the Impacts of Climate Change on World Heritage Coral Reefs, an increase of just 2° F can create a stress reaction in coral, which, when persistent, results in death. UNESCO reports that 72% of the World Heritage reefs have been exposed to severe heat stress in the past three years – including the Great Barrier Reef in Australia, and the Belie Barrier Reef Reserve System. 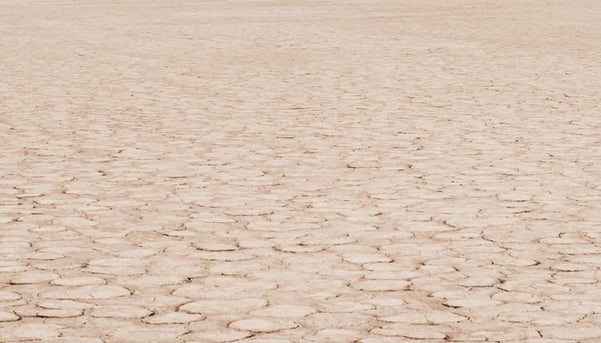 Increased temperatures also result in increased evaporation of soil moisture, which can lead to more frequent and intense droughts, as well as higher risk for forest fire. The CSSR reports that large forest fires have increased in frequency in the western U.S. and Alaska since the early 1980s. An Inconvenient Sequel draws attention to the Chile’s weeks-long forest fires in 2013 – then, after the film’s production, Chile experienced the most devastating fires in its history.

Sequel focuses on one drought-related example, though, to particular effect: Syria.  In the years before Syria’s civil war, the country was ravaged by its worst drought in 900 years. As many as 1.5 million Syrians were forced from farms into cities, where a dearth of resources and increase in population ratcheted tensions and social stress. Syria’s drought lasted from 2006 to 2009, and the violent uprising began in 2011, leading many researchers to cite the extreme weather as a likely contributing factor.

This socioeconomic aspect of climate reality is less measurable and therefore less discussed, but altogether a crucial element when addressing the results of global warming. The CSSR indicates that temperature affects agricultural productivity, energy use, human health, water resources, infrastructure, and natural ecosystems – which all have human consequences and costs.

And of course, there are monetary costs too. The CSSR estimates that the U.S. alone has spent $1.1 trillion in the aftermath of extreme events since 1980. With financial readiness and economic payout at the heart of arguments about climate change policymaking, preventive cost is vital to consider when set against loss of life and reparative payout.

Money is, of course, a central factor when it comes to tackling both preparation for and recovery from extreme weather events. In 2015, Pope Francis put a fine point on the intersection of humanity and money when he said, “We must not forget the grave social consequences of climate change. It is the poorest who suffer the worst consequences.” What complicates this issue is the fact that poorer countries don’t have the resources to support green initiatives, despite their particular vulnerability to its effects. There’s a kind of negative “feedback loop” that affects developing countries in particular.

To this end, An Inconvenient Sequel presents a kind of case study in India’s involvement with the 2015 UN Climate Change Conference. India was initially reluctant to participate in the commitment, planning instead to build coal-based factories for a greater economic profit. Their argument is that the United States economy benefited from 150 years of industrialization, whereas developing nations are only now getting that opportunity – which is vital for countries like India, with a population of 1.3 billion to support. (For comparison, the U.S. population is about one quarter that size – with a geographic area about three times that of India.)

So, for a developing country, there is little incentive to go forward with a less-viable, higher-risk financial decision at the urging of better-off neighbors. At the same time, approximately 250 million people in India lack electricity. So there’s opportunity here, with creative problem-solving. With the clock ticking on the climate accord, An Inconvenient Sequel shows Al Gore negotiating with his friends at Solar City in an effort to get India a deal on solar panels. While there’s not necessarily a direct link between Gore’s efforts and India’s eventual “yes” vote, the fact remains: cost and accessibility are a major factor. 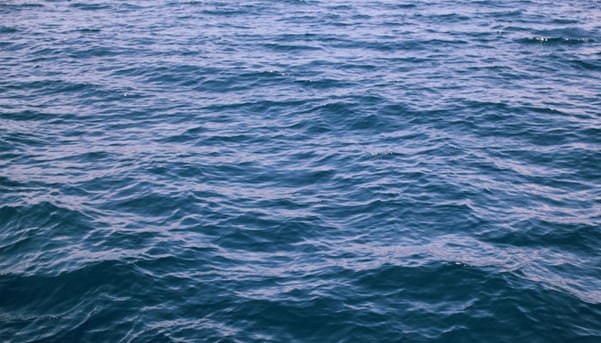 Another challenge is sheer magnitude: this is inarguably a global issue, and requires worldwide cooperation.  The CSSR puts specific attention on the necessity to view climate change from a global perspective, emphasizing that distant changes have far-reaching effects. Anne Hidalgo, the mayor of Paris since 2014, and chair of the C40 Climate Leadership Group, reiterates this perspective in An Inconvenient Sequel, pointing out the direct link between climate change and world peace. It’s a hopeful note to strike – that something so potentially devastating could also break down centuries of barriers in human history, leaving in its wake a collaborative global community.

The UN Climate Change Conference in Paris in 2015 was a first attempt at creating this reality, and fittingly occupies the final act of An Inconvenient Sequel. The Paris Accord, ratified by all countries except two, commits to limiting the increase in global temperature to 1.5° C (3.6° F) during the next decades, with accompanying targets of reduced greenhouse gases, increased commitment over time, and a kind of climatic “financial aid” to assist poorer countries in the transition to renewable energy.

This financial aid comes through the Green Climate Fund (GCF), which emerged from the Paris Accord as the main framework for bringing in money, developing projects, and a future baseline for contributions. Developed and developing countries alike are encouraged to donate money to the fund, which designs programs to ease the effects of climate change in vulnerable populations. Thus far, the GCF has mobilized $10.3 billion and approved 43 projects worldwide, in India, Argentina, South Africa, Mexico, and Ecuador, among others. 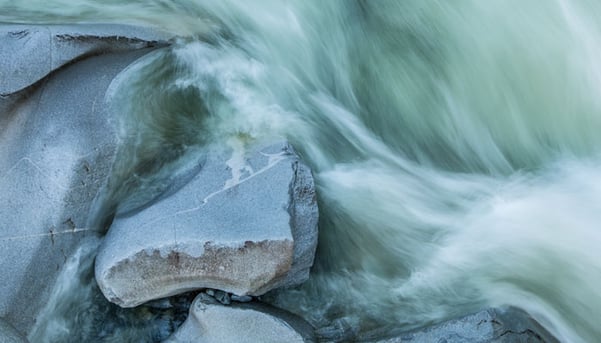 But politics are still a fundament of global cooperation, and the current political landscape is deeply divided. As its central character is a self-described “relapsed politician,” An Inconvenient Truth doesn’t ignore the politicization of climate change in recent years.  Al Gore even suggests that the U.S. political system “has been hacked,” and that the country can’t fix the climate crisis until it fixes “the democracy crisis.”

As the documentary was filmed during 2015, the specter of Donald Trump looms large from the campaign trail – alongside his call to deemphasize climate change policy. In June 2017, the now-President withdrew the U.S. from the Paris Climate Accord (although this decision will not take effect until November 4, 2020). Simultaneous to this choice was the rescinding of $2 billion in pledged contribution to the GCF ($1 billion of Barack Obama’s original $3 billion pledge had already been processed).

The CSSR currently waits in limbo for approval by the Trump Administration as part of the National Climate Assessment. However, on August 18, the administration disbanded the federal advisory committee for the NCA. Composed of 15 multidisciplinary experts from a variety of sectors and regions, the committee was designated to make recommendations about information presented in the assessment. Despite the panel’s dissolution, the CSSR is still under review, and the NCA is still set to be released in 2018. 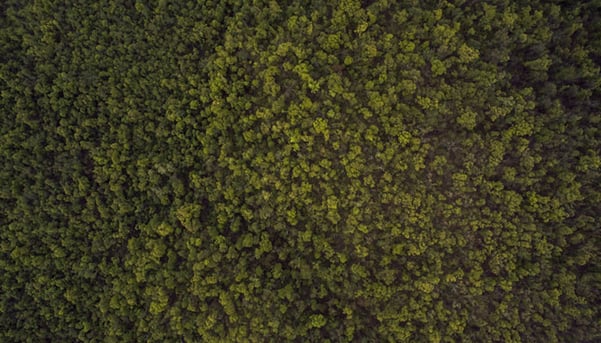 The future of climate reality

With or without the U.S. in the immediate future, global efforts to reduce the effects of climate change continue – and there are, of course, success stories. India, once reluctant to ratify the Paris Accord, is now home to the largest solar farm in the world, with five additional solar plants across the country.  Small-scale initiatives are bringing off-grid solar options to rural villages, providing immediate impact to citizens in the form of electric lighting. The GCF is also launching a project to bring solar irrigation to the drought-vulnerable state of Odisha, projected to benefit 5.2 million people.

Chile, as featured in An Inconvenient Sequel, is taking advantage of the high-sun, low-moisture environment of the Atacama Desert, and harnessing these near-perfect conditions for solar power – rather than relying on fossil fuel imports. While there are still some technological hurdles to reach full solar potential (energy storage and distribution are key issues), Chile has invested in further expanding its solar plants and technology to support efficiency and innovation. The country is targeting 20% renewable energy generation by 2025.

With the cost of solar energy reducing dramatically in recent years, it’s becoming more and more economically viable for countries to invest in renewable energy while simultaneously saving money. With such “win-win” results emerging as practicable solutions to the challenges, in relief to the environmental, human, and financial effects of rising temperatures, it’s increasingly hopeful that renewable energy can take hold in a politically divided and money-driven world.

It seems that technology is racing against the swiftly accelerating effects of climate reality, gaining traction with scientific support in conjunction with human innovation, to deliver global change to future generations. As Al Gore himself closes out An Inconvenient Sequel: “We are winning this struggle; we just have to win faster.”