A Taste of Cuba, Tradition and Conservation on the Christmas Bird Count

From the Field, Conservation

I made my first journey to Cuba on December 14, 2016 to support the annual Christmas Bird Count (CBC). Dr. Robert Norton conducted the first CBC in Cuba in 2012 and has worked with Dr. Hiram Gonzalez of Cuba every year to document this important work. In 2016, Mark Davis replaced Dr. Norton in leading the group for the count. On the journey I also had the fortune of meeting Dr. Gonzalez, who is the head of the ornithology department at the Institute of Ecology and Systematics, with a specialty in endangered species, and president of the Cuban Zoological Society.

The Importance of the Christmas Bird Count

For those new to the CBC, the history dates back to 1900 when Frank M. Chapman, an ornithologist, proposed a new holiday tradition—to count birds instead of hunt them as many scientists were worried about declining bird populations. Today scientists use the data to help identify environmental issues with implications for people as well. Audubon’s 2014 Climate Change Report used the results to show models of how climate change could affect migration and survival. 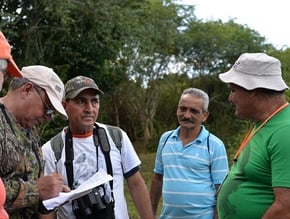 hrough Dr. Norton’s work, Cubans have developed a growing interest in birding. “Local people know they can make a good living being bird guides in Cuba,” said Norton. "A doctor there might only make $20 a month while a bird guide can make $70 to $100 dollars a day. There are efforts to teach school children about birds and wildlife.

Also, we’ve had more volunteers and new ones at each count.”

The bird life that we encountered on our 7-day Cuba trip was truly extraordinary! Led by Dr. Gonzalez and with the help of local experts and scientists, we covered sections of national parks in Viñales and Las Terrazas to the far west and Las Salinas in the Zapata Swamp (located on Cuba’s southern coast in Playa Larga). We also returned to Havana and continued the count in the National Botanical Garden.

Among the 150 species identified, 18 species were Cuba endemics. We saw the Bee Hummingbird (the world’s smallest bird), the Blue-headed Quail-Dove, Fernandina’s Flicker and the Cuban Solitaire! A fantastic and varied mix of some of the most threatened and endangered birds on this Caribbean island were ours to behold, including other rare non-endemic species like the Cuban Parrot and the West Indian Woodpecker. We witnessed American White Pelicans by the hundreds in a wild co-operative feeding frenzy and thousands of American Flamingos also feeding in Las Salinas National Park in Zapata Swamp. 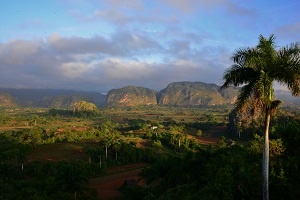 We first birded in La Güira Nat. Park in San Diego de los Baños with some of the local researchers from SNAP, Sístema Nacional de Áreas Protegidas de Cuba (National System of Protected Areas of Cuba). They are keepers of the forests and ensure the long term conservation of natural resources and the national natural heritage for future generations of the country. We also birded in Las Terrazas, a UNESCO-designated Biosphere Reserve for the target species of the Cuban Grassquit and Olive-capped Warbler, and we were lucky enough to see the Cuban Trogon and the Cuban Pygmy-Owl! 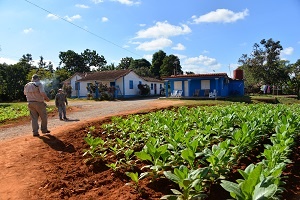 We then continued our count the next morning in Viñales and birded among the famous limestone “mogotes” of the region. We made a stop in the afternoon to meet with the artist and biologist Nils Navarro and he discussed his book “Endemic Birds of Cuba: A Comprehensive Field Guide,” over 10 years in the making. This region is also famous for tobacco farming and we met Dagoberto, a cigar roller who taught us the art of rolling Cuban cigars and described the steps of the curing process from the stringing and loosening of the leaves and the traditional curing time in the barn that lasts between 60 and 90 days.

Havana and the Cuban People 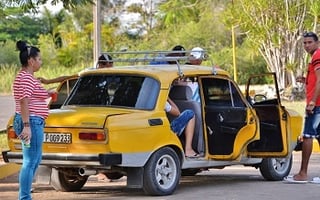 Of course, no visit would be complete without a tour of Havana Vieja, which we undertook upon arrival and into the early evening, walking Calle Mercaderes, which links Plaza de la Catedral with Plaza Vieja. I need to go back to Old Havana to soak up the sights of this old city and its people and vintage cars! Everywhere the streets were filled with incredible sights and old Spanish architecture.

The best feature of Cuba besides the incredible bird life is its people. They are friendly, welcoming and proud to show us their country! I look forward to seeing more of this fascinating place!